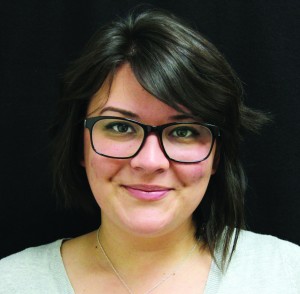 Have you ever really “just said no”? President Ronald Reagan and first lady Nancy Reagan’s “Just Say No” campaign in the ‘80s against drugs has applied its catchy slogan to many aspects of modern day situations, including sexual education. In this respect, we’re giving students and young adults one solution to a question that will be presented to them multiple times in their lives.

The U.S. offers funding to states under Title V that teach abstinence-only courses. States that accept this hefty chunk of change commit to teaching only abstinence as a means of sexual education. Basically their sexual education courses teach them to just not have sex.

Growing up in kicker-valley Calallen, abstinence-only education was the only form of sexual education we received. I think objections to teaching sexual education in schools come from people thinking that it shouldn’t be up to schools to teach kids about sex. While this obligation shouldn’t rest on the public school system, I think parents fail in this respect because of the discomfort of talking to their children about sex.

Heavily involved in my local church, I was taught from the get-go that abstinence was my only choice. My father presented me with a promise ring at age 13. Once I put that ring on it was my understanding that I wasn’t to have sexual relations until I was married. While my father hoped and intended for me to keep this promise he was also aware of the temptations and biology of a teenage girl. We had multiple conversations consisting of “what if” scenarios and he informed me of the emotional taxation sex can add to a relationship. He would always say, “I can tell you what to do because I know it’s best for you, but it’s unrealistic to think that you won’t just do your own thing.”

Why can’t we as a nation recognize this? It’s not breaking news that teenagers tend to do just the opposite of what you tell them to do just for the sake of doing it their own way. At that age, we’re creatures of learning from our own experiences, not anyone else’s.

By teaching only abstinence to high schoolers we’re also missing a huge demographic. Teaching an abstinence-only course to teenagers who live in states where same-sex marriage isn’t legal is hindering and ignorant. What you’re basically telling students who identify with the LGBT community is that they won’t be having sex. Ever. Rather than informing everyone of the precautions and responsibility that come with sex, our government has created a system where LGBT students are ignored and uninformed. As recently as 2013, gay and bisexual men accounted for 81 percent of the HIV diagnoses in the United States. With less talk about how much sex you won’t be having until marriage, we should be educating everyone of the proper steps and possible risks of sex, especially during the formative years of high school.

Why are we keeping crucial information regarding sex and their bodies from our youth? In our efforts to protect preteens and young adults from the risks and supposed horrors of premarital sex, we’ve done them a disservice by not educating and informing them of the responsible ways to approach it. And it’s been proven that states that accept Title V funding have the highest teen-pregnancy rates across the country, Texas being one of them. If something continues to prove ineffective, why don’t we change it? It’s unrealistic to think that you’re going to achieve different results from doing the same ineffective thing. “Just Say No” isn’t an effective answer to teenagers’ questions regarding sex. It’s time we gave them answers and stop operating under a veil of ignorance.