The “Just Say No” initiative was installed by President Ronald Reagan in the 1980s as part of the war on drugs. The idea behind it was that the schools would now “teach” kids not to use drugs by simply saying no. The only problem is once you tell a teenager not to do something, they want to do it. Since the 1960s drugs have held a “cool” stigma around teenagers and were used as a way for them to rebel against authority figures. This is becoming even worse now with teachers and parents alike telling their kids just to say no.

We should not rely on just saying no to fight the war on drugs. This “war” has been going on for decades, and no progress has been made. It is time for change.

Instead of telling children to not do drugs and trusting they make the right judgment, the schools should teach about the side effects and the long-term health issues the use on drugs have on the mind and body.

According to medicine.net, the amount of teenagers using illicit drugs has increased to nearly half of all high school students by the time they graduate. 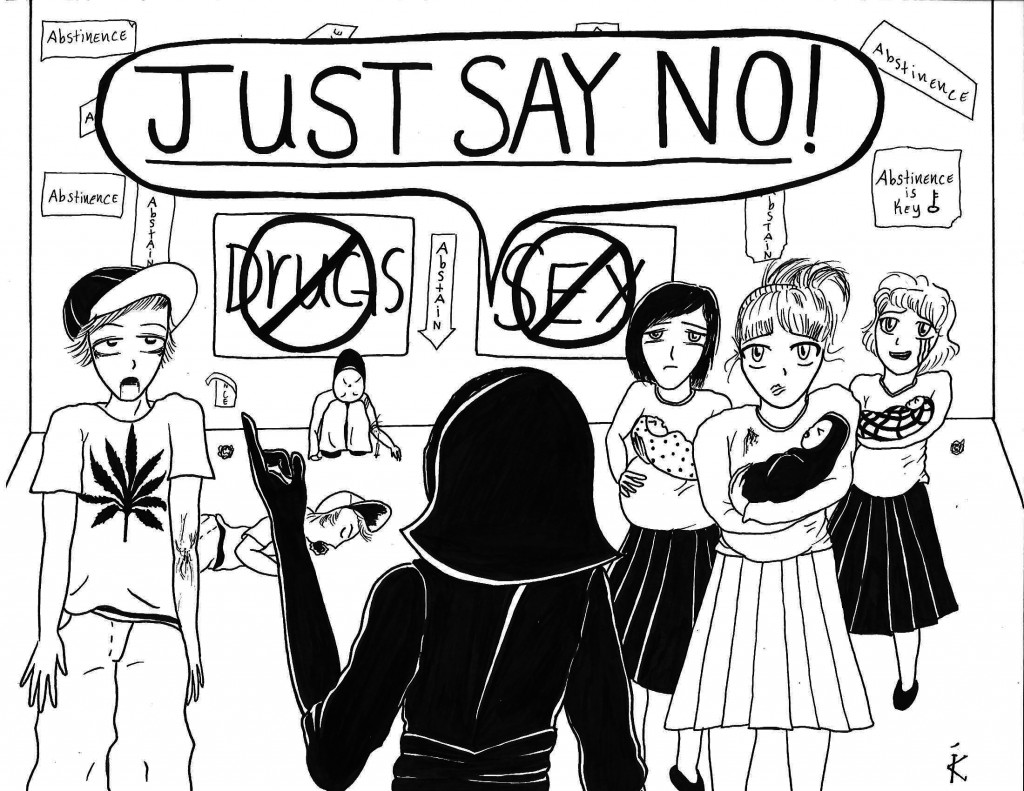 The use of these drugs has harmful effects on the body that most teenagers are unaware of because of the lack of information given to them in the classroom. For instance, according to the National Institute of Drug Abuse, when using a harmful substance like cocaine or LSD the brain overproduces dopamine, which gives the user a high. This increase of dopamine results in its addictive qualities.

To this there is a simple solution — have the schools teach about the side effects and addictive qualities of harmful substances, that way when presented with the idea of trying drugs, the individual can make an educated decision.

Looking back on historical events to find a way to fix the problem at hand, during President Richard Nixon’s administration, he focused his efforts and money into treatment as opposed to law enforcement. This can be the key to our problem.

Addiction is an actual disease that needs medical treatment to cure the problem. Instead of sending people to jail for possession of drugs, send them to a rehabilitation center. Once an addict enters prison, they meet a multitude of criminal “friends” who will likely continue their drug addiction. But, if they were to be sent to rehabilitation centers the cycle of going in and out of jail would end, and they would get the help they need.