There is nothing more satisfying than accomplishing one of your goals. For Jeff Gutierrez, one of Del Mar’s most accomplished students, making it to the World International Triathlon Union (ITU) Grand Final in Chicago is one goal he never thought he would finally reach.

Gutierrez, who originally hoped to become a firefighter, returned to school to earn his associate degree in fire science and improve his chances of landing a job. His work in the Kinesiology Department, however, led him to discovering one of his greatest unsought passions — triathlons.

Jeff Gutierrez, a fire science major, stands proud with his single-speed bike that he plans to take to the World International Triathlon Union Grand Final next month in Chicago.

“At first, I took firefighting so seriously in order to help save lives and to be helpful to the community as a whole,” Gutierrez said. “But lately I realized that life is so short that anything could happen. I’m going to finish my degree next year, but I really want to find out where this sport takes me in life.”

In his newfound passion, Gutierrez hopes to make competing in triathlons a career, eventually becoming part of the U.S. team for the Olympics or traveling with the ITU around the world.

Gutierrez started his journey with triathlons in 2012 and has traveled to Dallas and Milwaukee to compete. He said making it to Chicago is a huge feat. 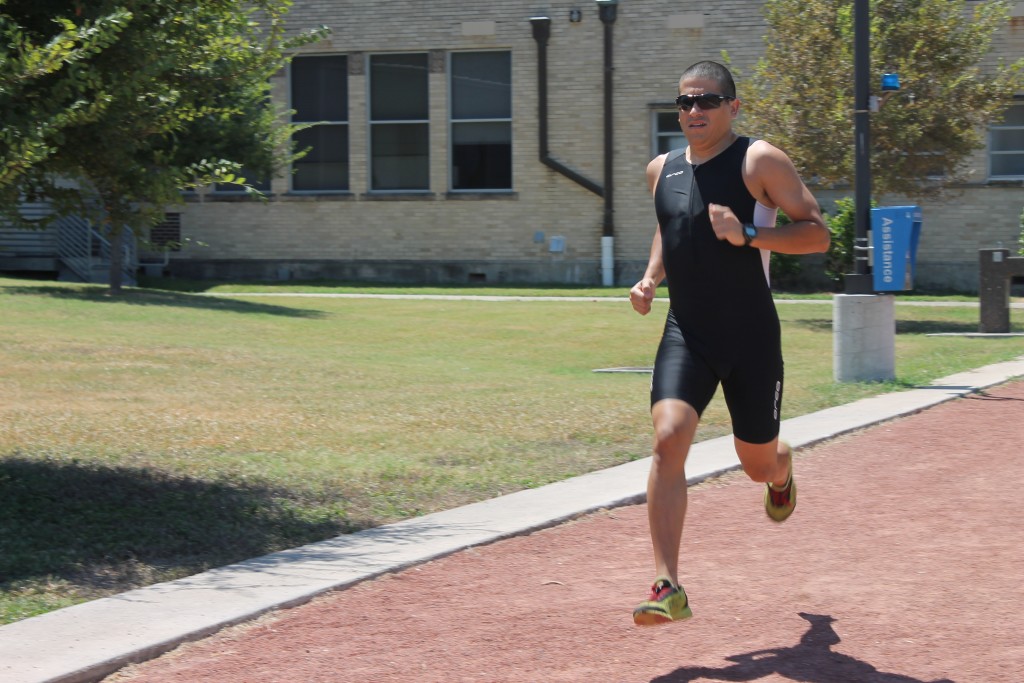 Gutierrez runs on the track at Del Mar College’s East Campus to strengthen his endurance for the Sept. 15-19 triathlon.

Gutierrez’s love for triathlons not only reflects in his work but on others around him. Roy Farias, one of Gutierrez’s childhood friends, says nothing but positive things about his friend’s hobby.

“He is completely dedicated to these runs and always talking about the ones he is competing in or is going to compete in. He motivates me every day and always inspires me,” Farias said. “I never knew this side of him growing up until he found this new love to compete in triathlons. He just lights up when he talks about it and I could never be a more prouder friend.”

“I have nothing but good things to say about him. He works hard training and he is one of the best lifeguards we have had here and an absolutely outstanding individual. He is a go-getter who pays attention to detail in his work and is completely dedicated to this passion of his.” 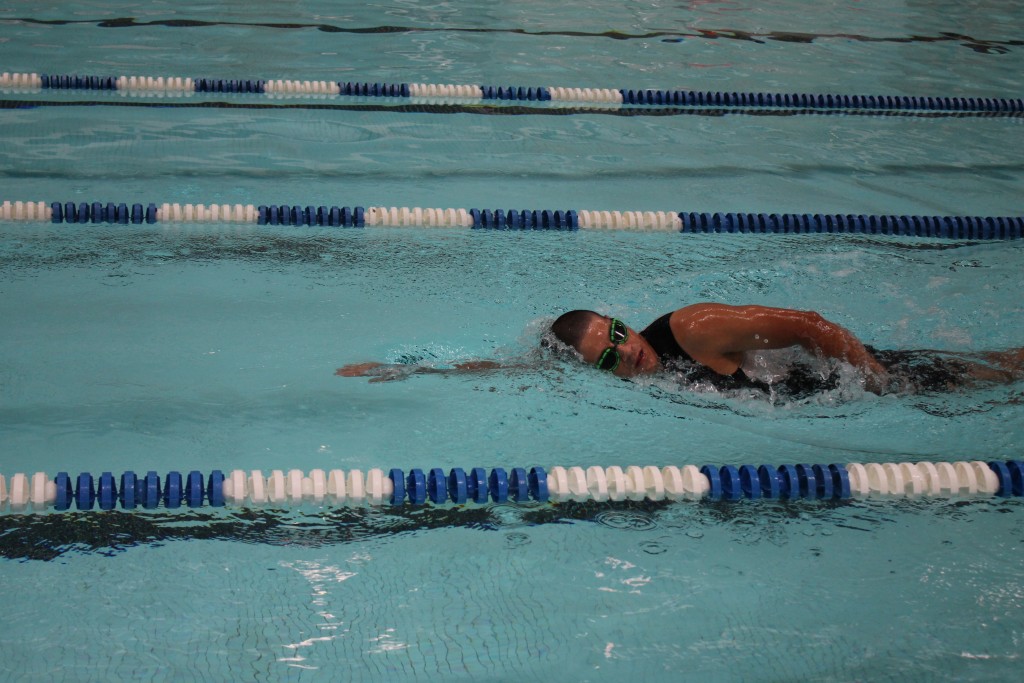 Gutierrez runs on the track at Del Mar College’s East Campus to strengthen his endurance for the Sept. 15-19 triathlon.

As passionate and hard working as Gutierrez is, competing in Chicago is not cheap and he is in need of all the financial help he can get from family, friends and fellow students.

Author Felicity Luckey once said, “Triathletes with goals succeed because they know where they’re going.”

Help Jeff go where he wants to go by checking out his GoFundMe page at www.gofundme.com/qtmghyfb.