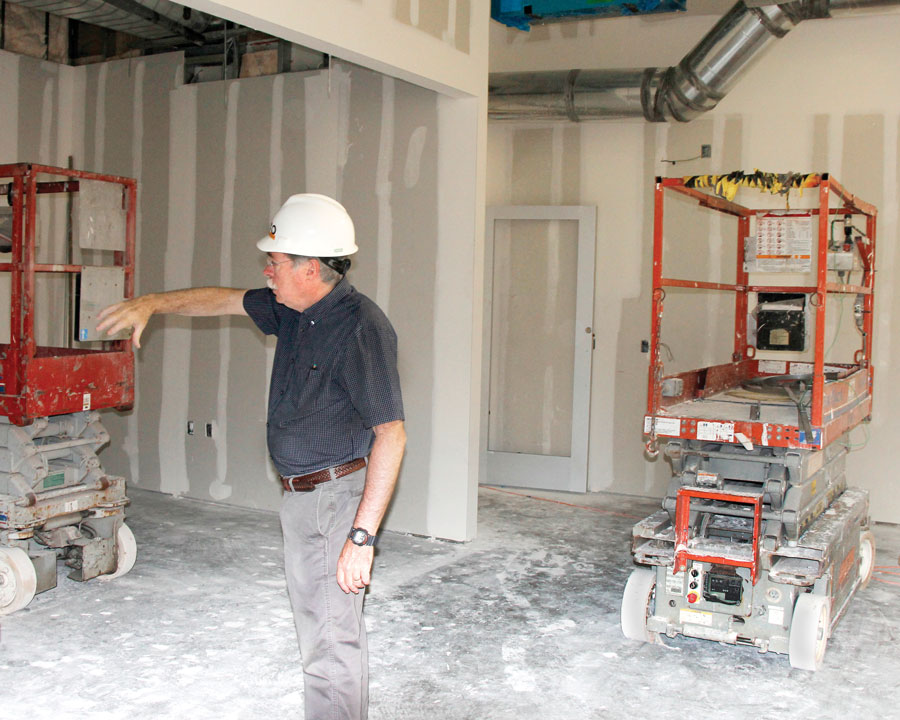 Students may have noticed the construction of the KEDT building beside Del Mar College’s Center for Economic Development on Staples at Kostoryz for the past several months. As the year comes to a close, the building will rise, and its purpose has more in store for students in the coming spring semester.

Since the groundbreaking of the KEDT broadcasting station on Oct. 15, 2014, construction has kept its promise of a late-fall 2015 completion date. According to Don Dunlap, the president and general manager of KEDT Public Broadcasting, the station’s progression “has not had any interruptions or obstacles other than the 45 rain days that interfered with construction. In South Texas, who would have thought?”

The $4.8 million project, still set to be completed around November or December, has kept the KEDT committees busy. Aside from moving in, all that remains in the mechanical side of the installation process is electric and air conditioning.

“We may be able to start moving in the early part of October. It’ll probably take three to four months to do the move,” Dunlap said.

One of the main goals of the KEDT station, as an addition to DMC, is to provide internships and potential careers for broadcasting students. When searching for a career, most prospects ask for experience in applications, and KEDT wants to provide that experience and a possible home for students who want a future in the broadcasting and production field. The station plans on accepting interns in January, according to Dunlap. Possible internships include positions in the radio station and in television production so far.

In the first week of April, KEDT plans to host a Kid’s Day and Family Day to celebrate the grand opening of the broadcasting station. Music, entertainment and more are said to be provided on the new stage KEDT also plans to use for future concerts and entertainment. A few friends from “Sesame Street” may make an appearance as well, so families, students and children are all welcome to the event.