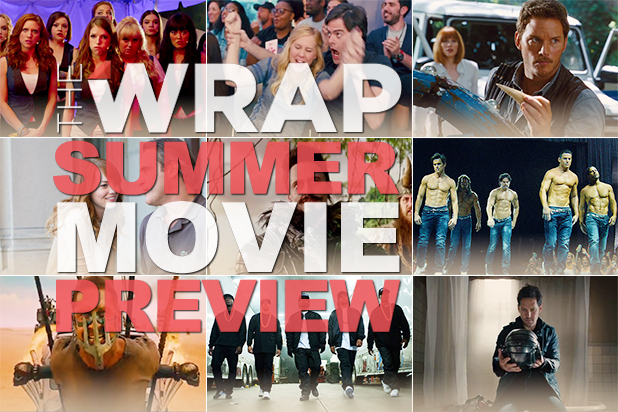 This summer brought many movies to the box office, with some hits, misses and surprises. But everybody can agree that 2015 definitely brought the heat. So we’ve decided to bring you some of the season’s hottest movies.

Tom Hardy had huge shoes to fill as he took on the role of Max Rockatansky, which was made famous by Mel Gibson. It’s been 30 years since the last “Mad Max” movie but director George Miller once again shows he still has it in him. With nonstop action, great stunt work, Hardy filling the shoes of Gibson perfectly and a strong performance from Charlize Theron as Furiosa, this is easily one of the best action movies this year. And it also manages to earn itself another sequel to explore the new possibilities for the series and keep it going for a while.

This movie had been in the making for years and took a while to finally get up and running. It managed to score the biggest box office opening of 2015 and stayed at No. 1 for three weeks. But it also had some people split down the middle, some enjoying the movie while others felt “Jurassic Park III” was a better film. This movie, although not perfect, turned out to be a pretty solid sequel. It drags a bit at the beginning but once the stuff hits the fan, it starts to kick into gear. A great performance from Chris Pratt once again proves he is versatile in acting between comedy and serious roles, and an entertaining last act of the movie make this entry in the Jurassic Park series a fun one.

Disney•Pixar’s “Inside Out” takes us to the most extraordinary location yet – inside the mind of  a child who is guided by her emotions.

Pixar has given us timeless classics such as “Toy Story,” “A Bug’s Life,” “Finding Nemo,” “Monster’s Inc.” and “The Incredibles,” which take us on a journey inside our heads showing each emotion — joy, sadness, disgust, anger and fear. The result of this genius idea was one of the best animated films this year. It mixes great animation, storytelling, voice acting and humor with a bit of heart, making this movie a strong contender for best animated film in the Oscars and one both kids and adults will enjoy.

Many people scoffed at the idea of Ant-Man being made into a movie because of his power and name. Edgar Wright was supposed to direct the movie but backed out because of creative differences, which made people worry more. When release day came, many audiences felt Marvel worked their magic again taking an unpopular superhero and making it a great movie. Paul Rudd nails it as Ant-Man and actually fits the role very well while a scene-stealing Michael Pena provides comic relief. Michael Douglas also gives a strong performance in the movie, selling the role of Hank Pym. Marvel also gives Wright credit for the writing in the credits and ends Phase 2 of the Marvel Cinematic Universe on a high.

Christopher McQuarrie takes the helm as director for the fifth film in the series starring Tom Cruise, who worked with McQuarrie on “Jack Reacher.” The M:I series has been notorious for having a different director to keep the series fresh and a different style each time. On its fifth movie in the series, many people feel it’s time the series retires, but McQuarrie’s direction and writing make this the strongest entry in the series, neck and neck with “Ghost Protocol.” It blends spy elements with the nonstop action of the last film, giving us one of the best motorcycle chases in a movie. Cruise proves he still has it in, while Rebecca Ferguson shows she’s the woman to watch in this breakout role. The series also improves on its villain, which in the last movie was pretty much nonexistent. With a sixth one in talks this is a series that is getting better with each entry.

Many people felt the last two “Fantastic Four” films were massive disappointments, and many thought this one was going to be the same. With a strong cast of Miles Teller, Kate Mara, Jamie Bell and Michael B. Jordan on board this should be a major step up and shows that the reboot is what it needed, right? Well, what everybody saw was possibly the worst superhero movie to be put on the screen, making the last two “Fantastic Four” movies look like “The Dark Knight” good. The movie is nothing but exposition and barely anything happens until the last act of the movie, which was also terrible as well. Dr. Doom was portrayed terribly in this movie and wasn’t the least bit intimidating. The movie took itself way too seriously and forgot the fun and feel of the “Fantastic Four” comics. To add salt to the wound Fox was planning not only a sequel but a crossover with the X-Men movies, but judging from everyone’s reaction it’s back to the drawing board. Fox should give the band of heroes to Marvel and audiences should just save their money for “Deadpool” and the other superhero movies to come out in 2016.

Based off the hit show from the ’60s, director Guy Richie takes another jab at a well-known series after having success with the Sherlock Holmes movies. Pairing Henry Cavill alongside Armie Hammer was a strange combination at first but as the movie played out, the back and forth between their characters was actually entertaining. The film itself was well done for the most part but is held back by the basic plot of a powerful man or woman having a weapon of mass destruction and the agents trying to stop them. It manages to embrace the ridiculousness of the spy genre back in the day, which is where it does right, but at times it tries to go modern and feels uneven. But overall with Hammer and Cavill’s back and forth on screen and Richie’s style of filming, this is worth checking out.

The famous rap group N.W.A. finally has their own movie. Focusing on how Eazy-E, Ice Cube, Dr. Dre, MC Ren and DJ Yella came to be and how they impacted the world with their music turns out to be not only F. Gary Gray’s best film he’s directed but also a pretty great biopic about a band or group. Ice Cube’s son O’Shea Jackson Jr. does a great job of portraying his father and the other actors are good as well. The movie not only focuses on the group but also the issues they face such as police brutality, government censorship and their manager taking advantage of the group. This is the movie that needs to be seen and with Gray’s strong direction it ends the summer movie season with a bang.