When the words “human trafficking” are mentioned in any way, people cringe at the very sound of it, and when the movie “Taken” came out in 2009 with Liam Neeson, it highlighted a serious issue for law enforcement.

South Texas law enforcement agencies came together at Del Mar College’s East Campus in the Harvin Center on Sept. 16 to discuss and share strategies to combat the issue of human sex trafficking.

State Rep. Todd Hunter came by the campus to speak at the “Human Trafficking Intel” event.

“I got involved in 2009 after seeing ‘Taken,’ but more importantly after listening to testimonies from survivors at a Texas Committee hearing. My feelings toward this was ‘Oh my god! I cannot believe this is happening,’ and so I thought Texas should not allow this to happen,” Hunter said about sex trafficking. “Just the thought of having slavery and the prostitution of kids … boys and girls … and that people profit off of this … to me is something we shouldn’t have in the state. I thought we should start educating people that this thing is happening and to get involved and make sure there are laws that work. That is my basis in getting involved on such a serious issue.” 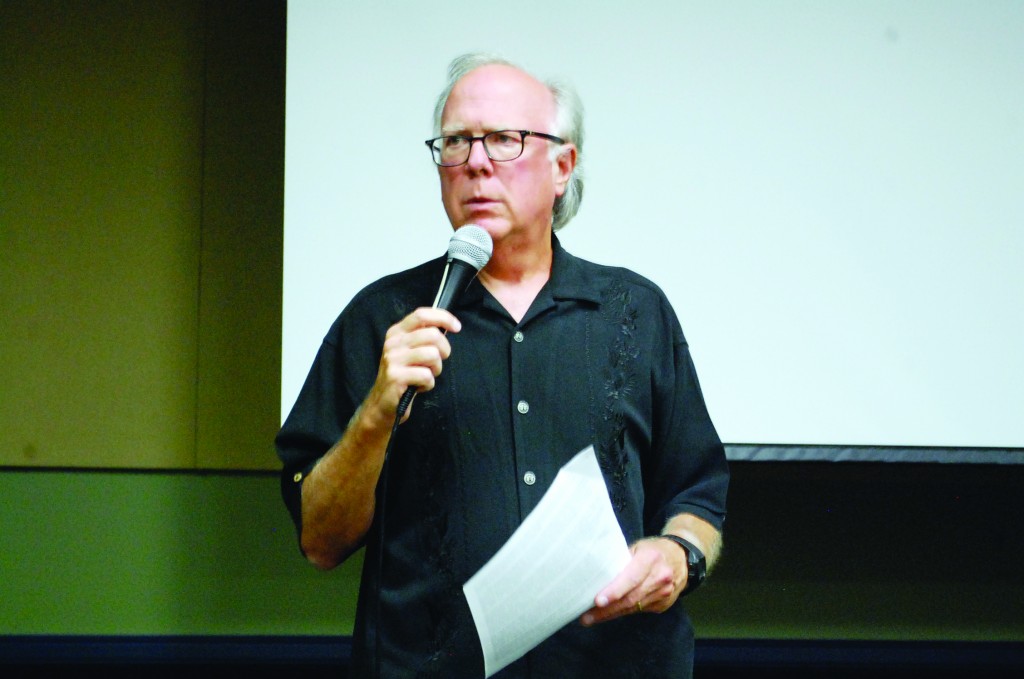 State Rep. Todd Hunter discusses how serious the sex trade is in Texas at the Human Trafficking Intel event on Sept.16 at DMC.

Hunter’s goal is to have all the ideas that law enforcement has on the matter and take it to the next Legislature and have it finalized as an anti-human trafficking law and make Texas a model for the rest of the nation.

Geoff Barr, an assistant attorney general at the Texas Attorney General’s Office and a special assistant United States attorney for the Western and Southern districts of Texas, presented a PowerPoint to educate prosecutors, law enforcement, juvenile justice and child welfare professionals on how traffickers target teenagers and lure them into the commercial sex trade.

“We must care about these cases,” said Barr at the meeting. “It offends the very character of who we are as Americans and as Texans.

“These cases are the most basic foundation of who we are as our founders believed in. If we go back to the Declaration of Independence we must remember that all men are created equal that they are endowed by their creator with certain unalienable rights … to secure these right the government are instituted among men deriving their just powers over the consent of the govern.”

Human sex trafficking is an ugly issue that law enforcement is attacking head on, and to quote Liam Neeson, “[We] don’t know who you are … [we] will look for you and [we] will find you.”