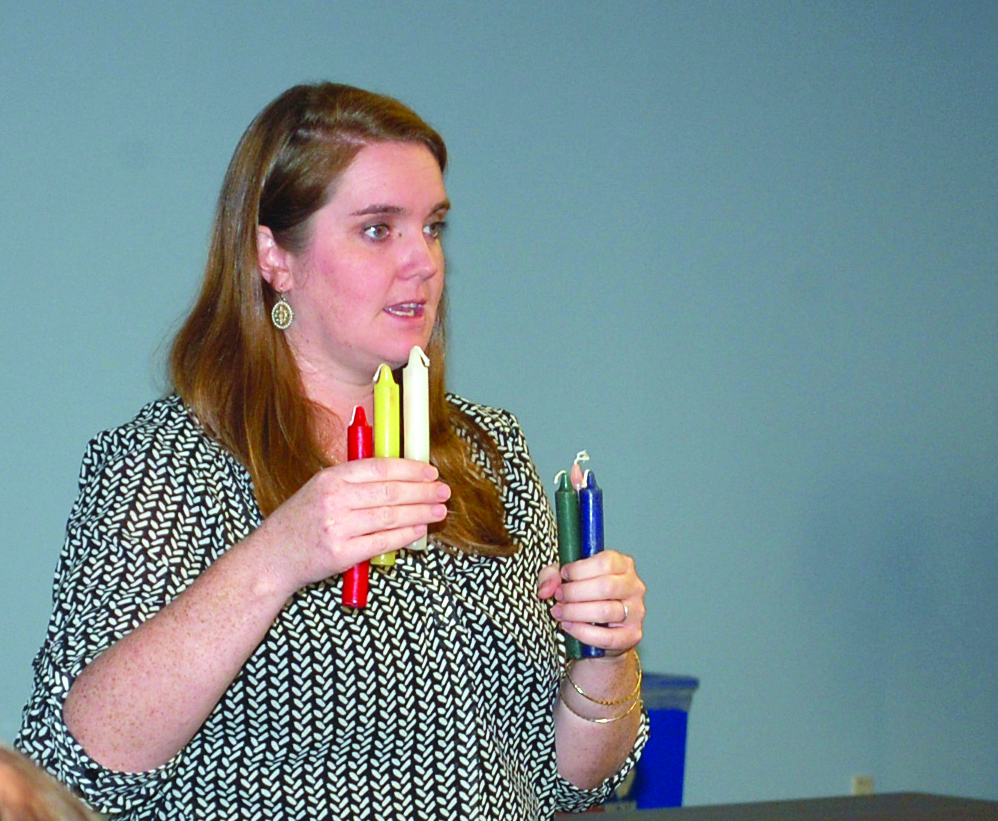 Two experts from Texas A&M University-Kingsville visited Del Mar College for Hispanic Heritage Month to discuss the extent in which South Texas students believe in folk healing practices and the ailments they treat.

The presentation, “Ojo, Susto and Curanderos: Knowledge and Attitudes towards Mexican-American Folk Healing in South Texas,” focused on a recent study done at A&M-Kingsville.

“The main question we wanted answered from this study was whether younger generations believe in healing the mind, body and spirit all together, and if they have heard of a curandero,” said Christine Reiser Robbins, assistant professor of anthropology at A&M-Kingsville. “We asked students if they knew the ailments mal de ojo, empacho, bilis and susto. We found that the ailment most students knew about was mal de ojo: the evil eye.”

A curandero is a traditional native healer or shaman who lives in the United States or in Mexico. Mal de ojo is said to be caused when one looks at another with envy. It is believed to inflict injury or bad luck to the individual.

“There are different ways a curandero can cure ojo, and it all depends on what region you are in,” Robbins said. “Almost all of the regions use an egg to rub all over the individual with ojo. The main thing that differs is the prayer that is said while doing this process. Some regions say Hail Marys while running the egg, while others have an ‘evil eye’ chant they say.”

The most known ailments in the survey in order were ojo, susto, empacho and bilis.

Susto occurs when an individual is frightened to the point where the soul leaves the body. This is known as a spirit attack. Empacho occurs when food becomes stuck to the lining of an individual’s stomach and a curandero must pinch the back to release the food. And bilis, also known as colera or muina, is a mental disorder in which the body releases bile into the bloodstream caused by anger or fear.

“My grandmother was a curandero, and it makes me very proud,” said Christopher L. Martinez, undergraduate student in criminology at A&M-Kingsville. “People would travel from all over the place to have my grandmother heal them.”

The survey also asked if people believed in these ailments or if they had even heard of them.

“We thought that people who are first-generation people would have had a stronger belief but that wasn’t the case,” Robbins said. “It was actually the second and third generation that believed the most in curanderos and these particular ailments.”

The study was done previously in 1989, but was repeated in 2014 to see the change in time of students and the belief in folk healing.

“Compared to the 1989 survey, every aspect has dropped concerning the belief in curanderos,” Martinez said. “I think that this has to do with a loss of culture in the younger generations.”

The survey showed that the students who said they have seen a curandero were more likely to have seen a medical doctor within that year.

Martinez said there are three main reasons someone would visit a curandero, including cultural traditions, fewer side effects than prescription medication and cost.

“Another aspect to consider when looking at these results is illegal immigration to the United States,” Martinez said. “These individuals are afraid to see a doctor becasuse they are worried they will be deported when the doctor realizes that they are using fake identification.”

Hispanic Heritage Month will continue through October. The next event will be at 1 p.m. on Oct. 5 in which Assistant Professor of History Dawson Barrett will discuss Mexican-American high school student activism. The event will be in Room 514 of the White Library on Del Mar College’s East Campus.