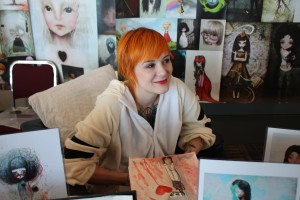 Jessica Von Braun, an up and coming artist, shows off her own adaptations of comic book characters as well as original pieces to sell at Realms Con Oct. 2-4.

With the arrival of the annual Realms Con and the monthly ArtWalk, it appears that Corpus Christi was pretty eventful on the first weekend of October. The ArtWalk kicked off Oct. 2 to show off local art galleries, artists selling one-of-a-kind pieces, live music and entertainment, food and activities specifically geared to Halloween.

Local cosplayers flocked to the American Bank Center for Realms Con, which went on Oct. 2-4. Many dressed up as their favorite anime, comic book, video game and horror characters and got to meet some of their favorite actors and artists. 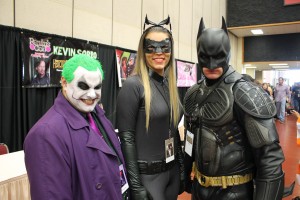 The Corpus Christi Joker and two other cosplayers dressed as CatWoman and Batman pose for their picture at Realms Con 2015. 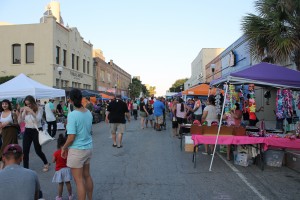 Over a hundred local vendors take up 23 blocks of downtown Corpus Christi on Oct.2 during the ArtWalk which sold one-of-a-kind art and craft pieces on the streets. 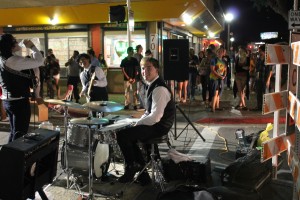 Dylan Romel, drummer of the Blind Owls, cracks a smile as he breaks after a performance at the ArtWalk on Oct. 2.