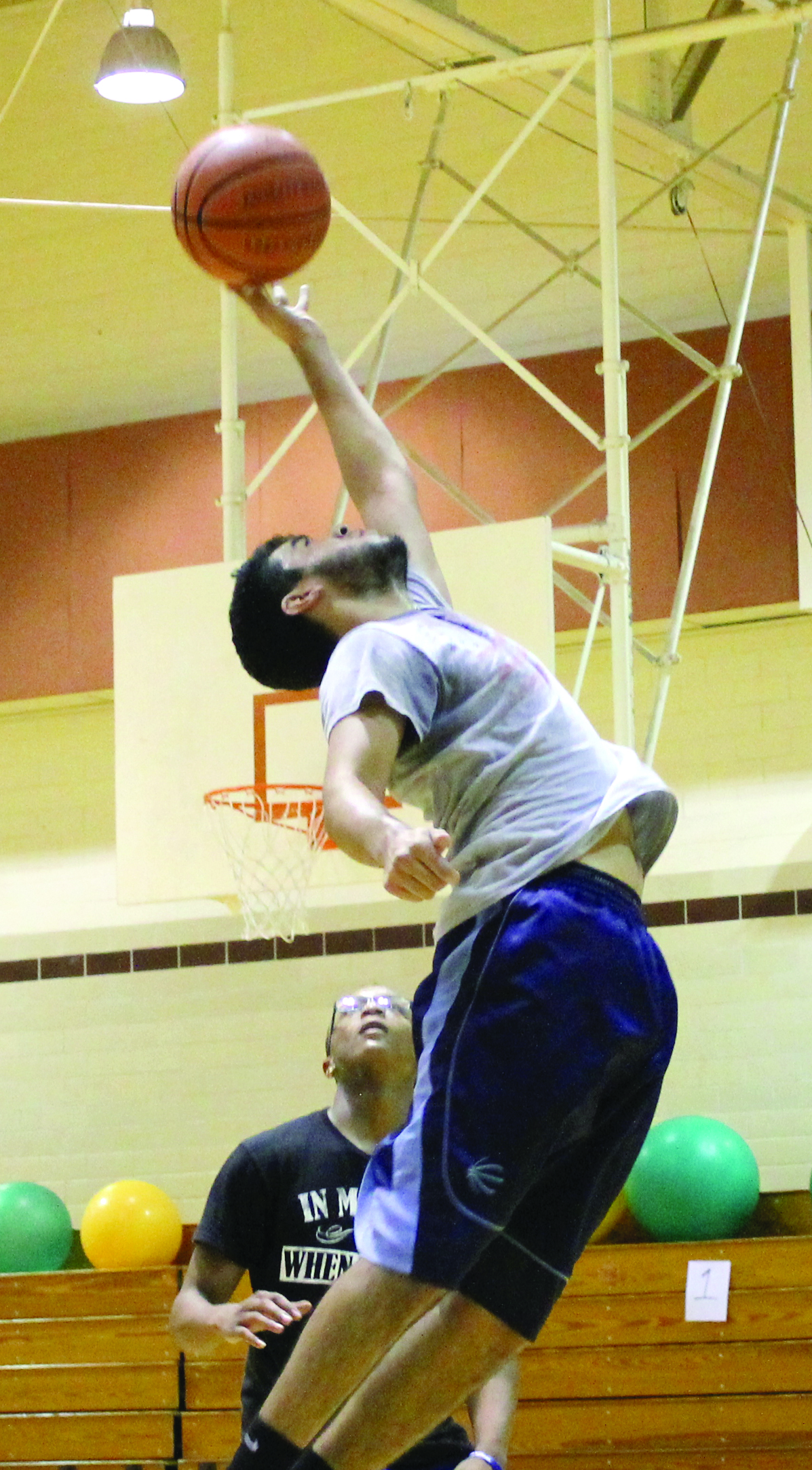 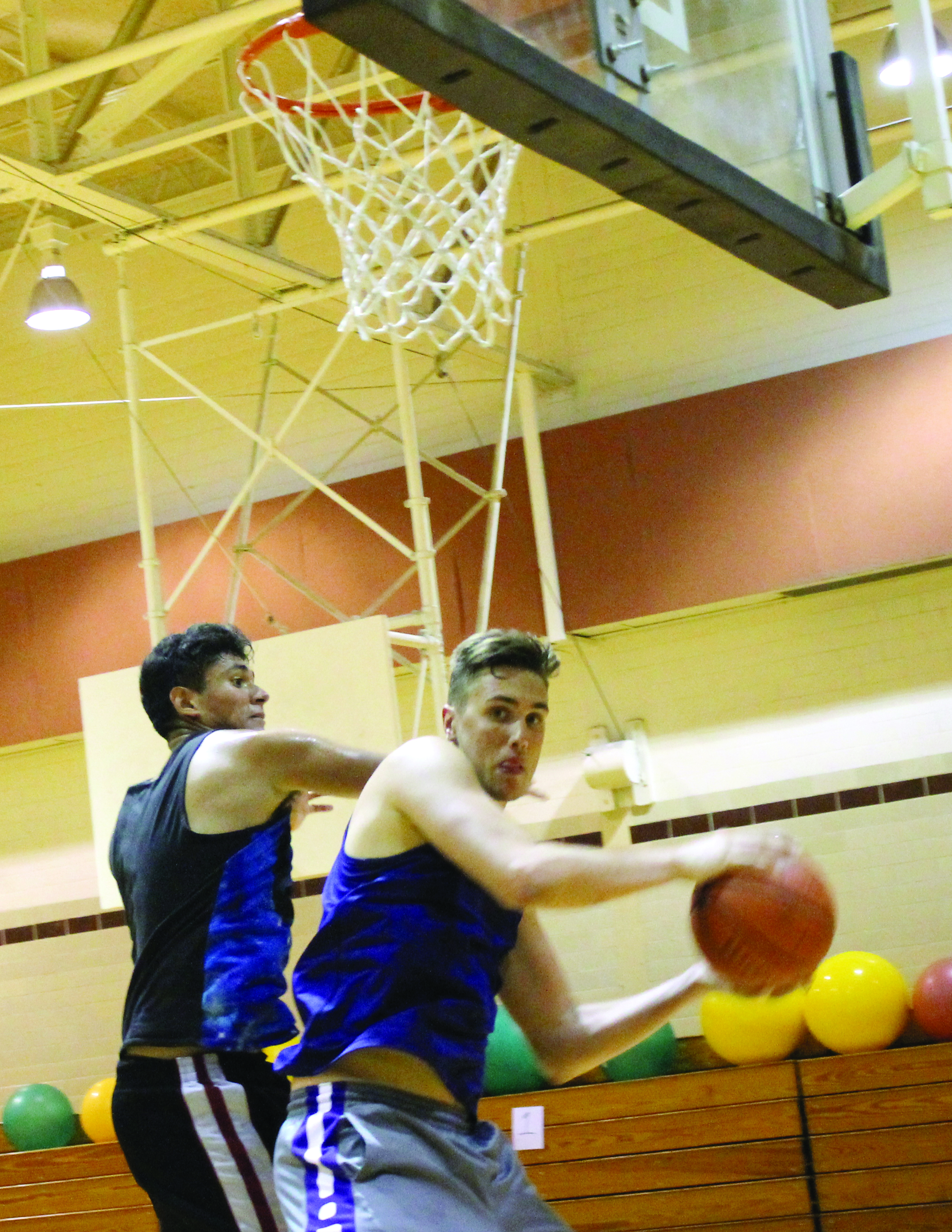 Blaze Farrow (right) grabs the rebound in the 3-on-3 intramural basketball tournament, which took place in the East Campus Gymnasium on Nov. 4-5.

The 3-on-3 intramural basketball tournament took place Nov. 4-5 and ended up with the Toon Squad coming out on top over the Vikings. The tournament started with eight teams, and the format was that to advance you had to win a best of three series. It was double elimination, and it was scored by ones and twos.

The Vikings won the first series 2-0 and seemed on their way to winning the championship after they took the first game of the next series, but the Toon Squad won the second game decisively to force a winner-take-all Game 3. The third game was close throughout as neither team ever built a substantial lead. With the game tied at 13 the Toon Squad’s Daniel Martinez hit a two-pointer that sealed the victory for his team.

“The final game was our toughest game,” said Blaze Farrow of the Toon Squad.