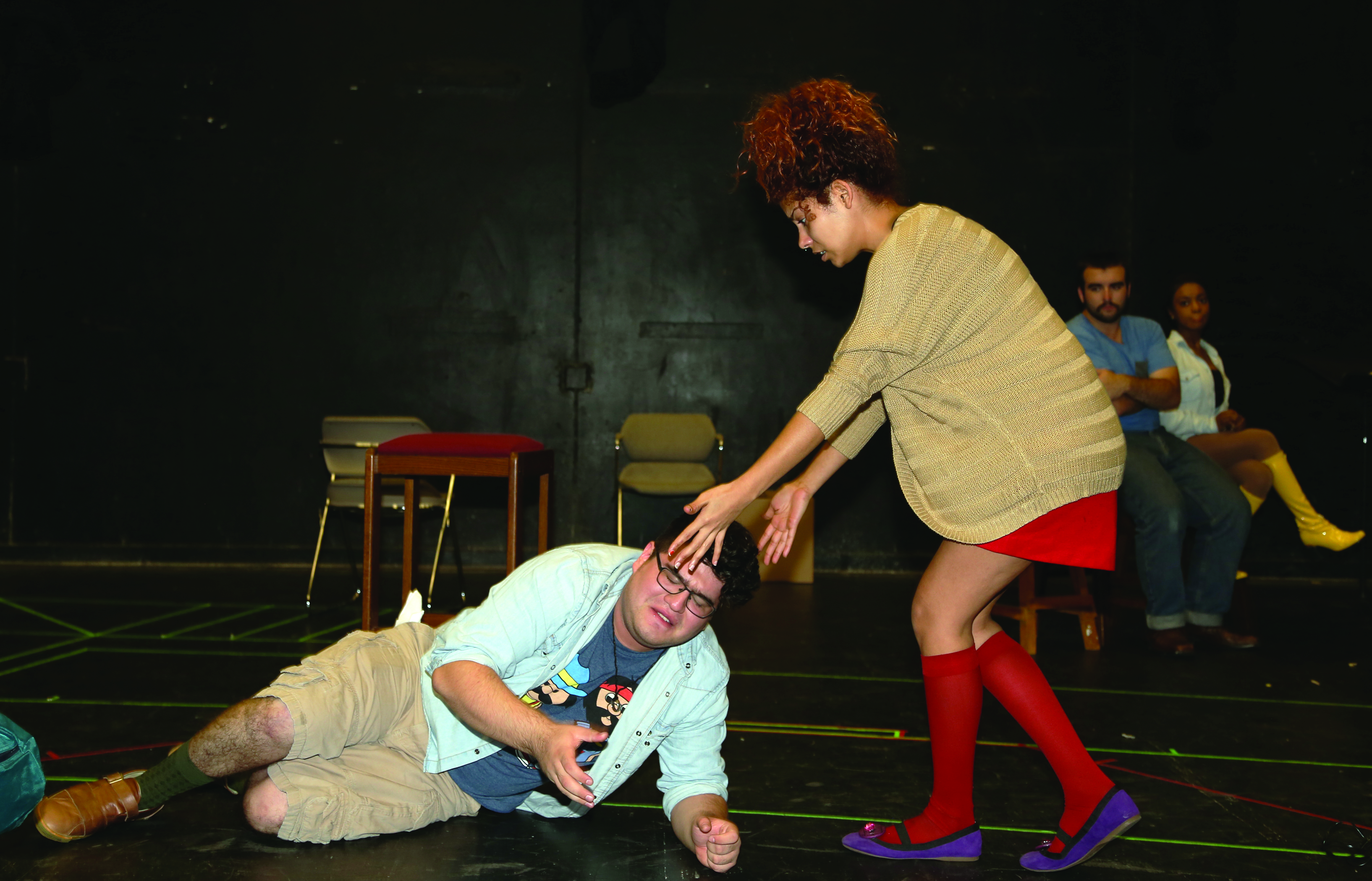 Comedy lovers can find fun and entertainment this month at the live stage play of “Noises Off!” at Del Mar College’s Finley Theatre. Brought to life by some of Del Mar’s most talented actors and ac- tresses, “Noises Off!” is a moody, in- tricate, comedic play that is within another dramatic play. Opening night is 7:30 p.m. Nov. 13, with other shows planned for the same time on Nov. 14 and Nov. 19-21.

The play’s hysterical storyline, which centers around the mis- haps of another production titled “Nothing On,” focuses on this events that take place on stage as well as backstage at different intervals. Audience members will definitely be well engaged since

the play will feature a 180-degree rotating two-story set.

Christian Alfaro and Valerie Charles act out a scene from “Noises Off!” during a recent rehearsal.

Written in the ’80s by Michael Frayn, an English playwright, “Noises Off!” features broad com- edy, mistaken character identities, love affairs and tons of fun props. Broken up into three separate acts, act one takes a look at the first dress rehearsal of the play within the play, act two involves a matinee performance of the play a month later, and act three show- cases the play towards the end of its nine-week run. There will be some adult situations, so kids are not advised to attend.

Cast members took on a lengthy nine-week rehearsal schedule, which included three and a half hours of rehearsals four days a week. Kim Frederick, a Del Mar drama professor as well as

the drama program coordinator, hopes that all of the hard work pays off with a great run.

“It is definitely our most clever, detailed, and more time consum- ing plays we’ve produced, but it is great fun and I hope that the audi- ence will really enjoy themselves,” he said.

The show is open to the public and tickets can be purchased for $10 general admission and $6 for students, faculty, and staff. With a valid Del Mar ID students can purchase tickets for only $3 for one hour before the show’s open- ing night. All students receive free admission to the Nov. 19 showing with student ID as well.

For updates about other plays and upcoming shows and events in the drama department, visit dmc122011.delmar.edu/drama/.