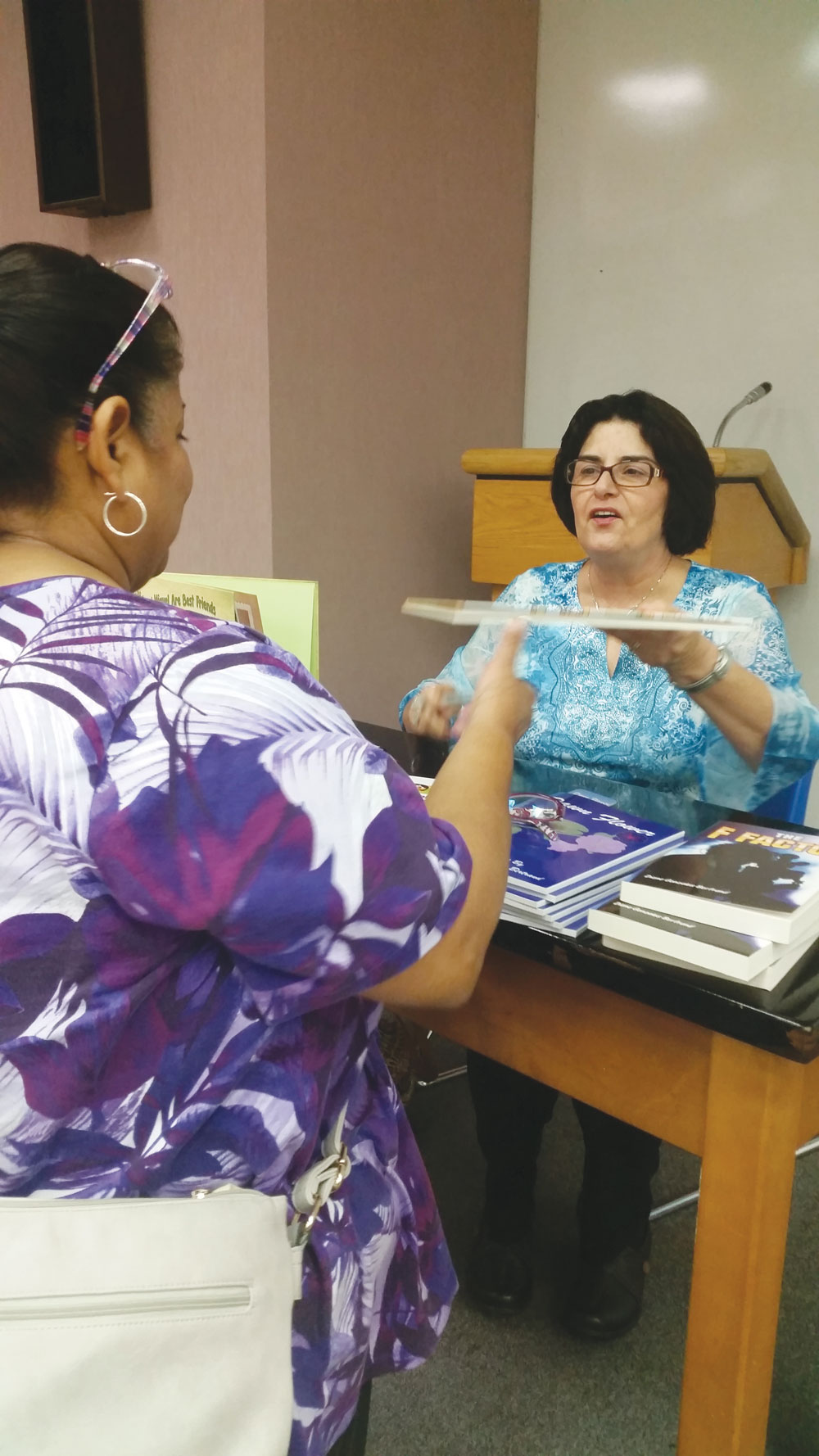 Award-winning, Texas-born author Diane Gonzales Bertrand used her experiences as a writer to tell Del Mar College students how they can enjoy their own lives at a recent event on East Campus. The Cultural Programs Committee at DMC introduced Bertrand, who shared her story on Nov. 16 in the Venters Building.

Bertrand grew up in a multi-cultural neighborhood and her days were immersed in her Mexican-American heritage, which she transposed into notebooks until she filled over 70 with her life story.

According to Bertrand, she had never considered making it a novel but when she looked through her old journals, she realized how well she had paid attention to her developing story and the characters in it, as well as the individual scenes. 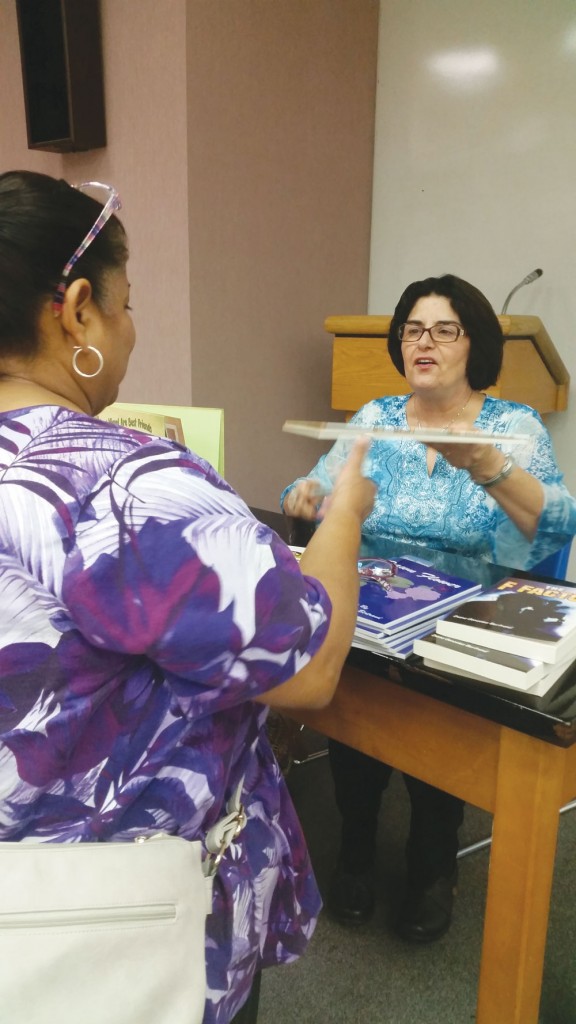 Diane Gonzales Bertrand sells autographed books at the Nov. 16 event. She later read to children in the White Library.

As the writer-in-residence at St.Mary’s University, Bertrand asks her students to write for a few minutes without stopping.

“You need to be writing down your stories,” Bertrand said. “Writing is a pathway to thinking.”

Earlier in her writing career, Bertrand took college courses that advanced her writing abilities, and her professor said students would not receive an A unless they wrote something they had never written before. Bertrand said her professors told her she needed to stop writing romance and start writing for her children, since she had one 2-year-old and a 3-year-old at home.

“When your professor assigns you something and you don’t know what to write, look at pic- tures. Pictures tell stories,” Bertrand told students.

Bertrand started writing children’s books, but she still wanted to write about something different. The pictures in a children’s book allowed her to tell bigger stories to a younger audience.

“I decided, if nobody is going to write (multi-cultural stories), I better write them,” Bertrand said.

According to Bertrand, the goal is to show children a culture they live in and allow them to recognize the familiar things they see, even if it’s as simple as their name coincidentally appearing in her books. She wanted to write about family, which she says is most important.

“You do for each other because they will do for you,” Bertrand said. “Write what means something to you.”

Bertrand offered her published works for sale after the lecture, and she later read to children in the White Library.