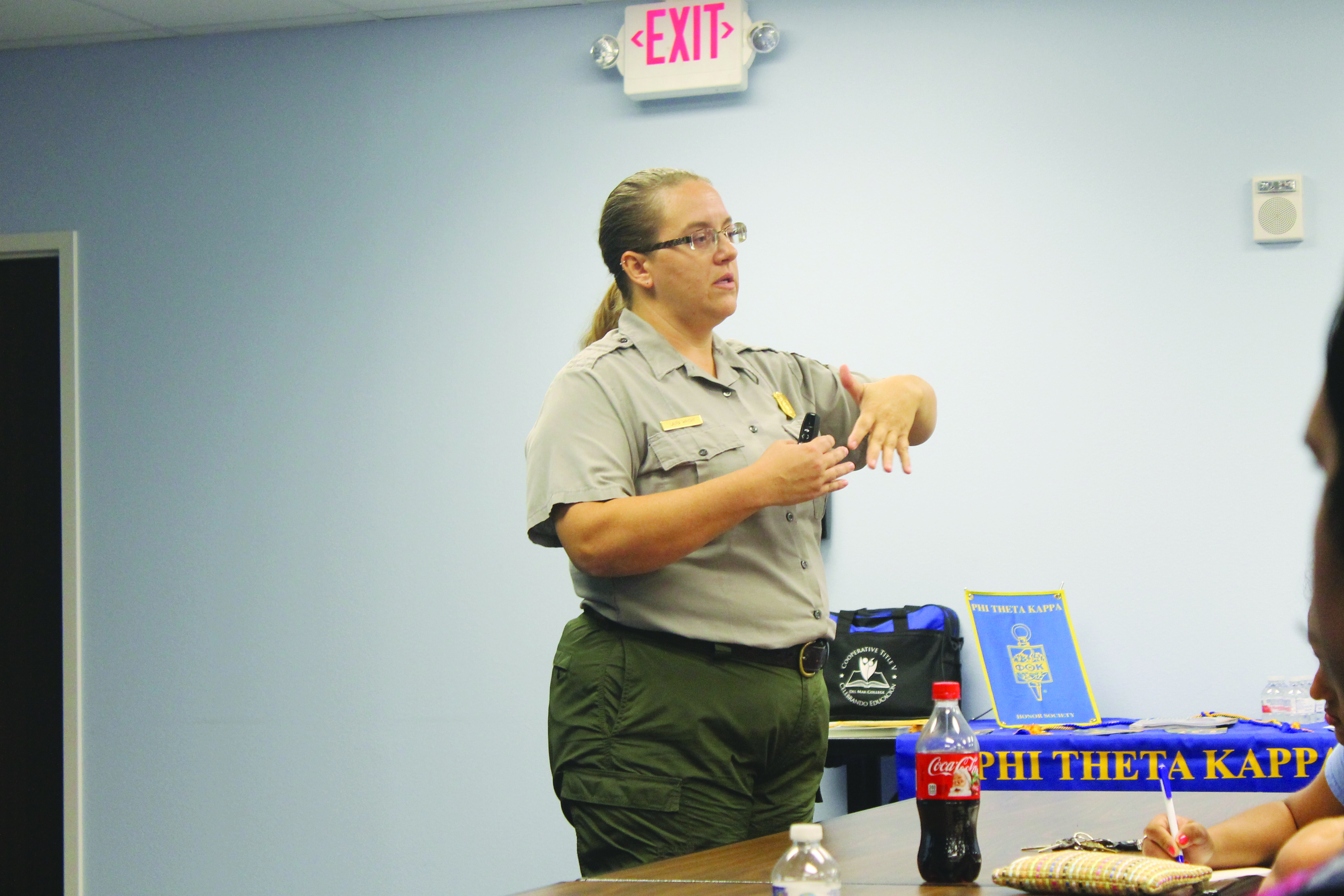 Students didn’t have to leave the White Library to get a feel of the beach on Nov. 17 as Laura Wright, a biological science technician, discussed working with sea turtles at Padre Island National Seashore.

“Texas, especially Padre Island, is the only place that is a normal nesting habitat for the Kemp’s ridley,” Wright said. “That’s the only place in the continental U.S. The rest of it happens in Mexico.” 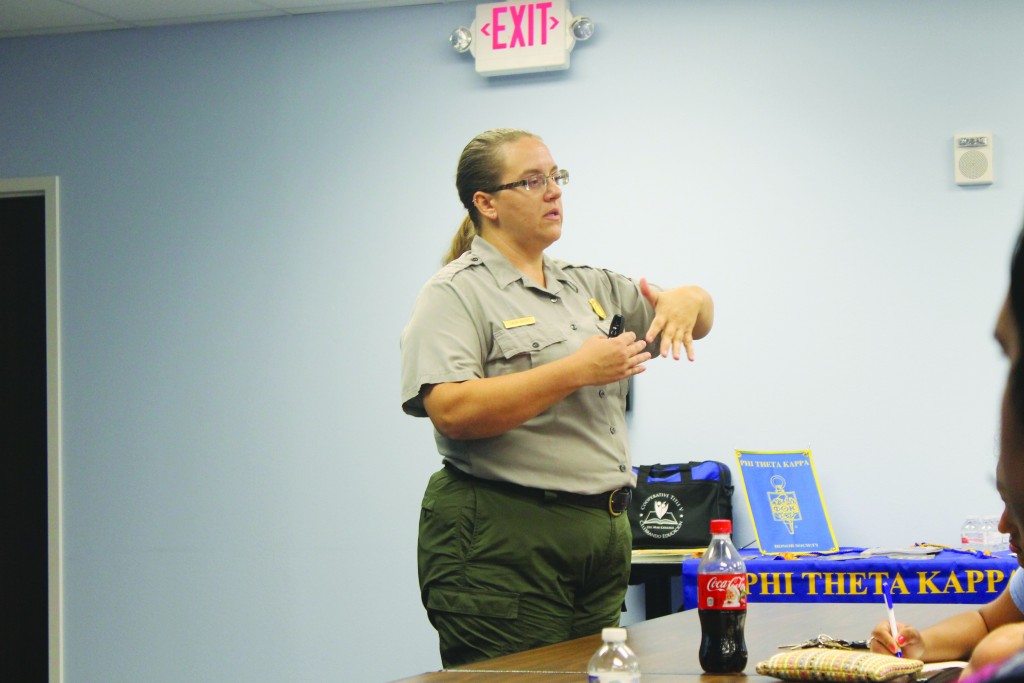 The Kemp’s ridley turtle is one of the most critically endangered turtles in the world, according to Wright. Wright said that during her time in Florida, she often found other types of turtles, but it was rare to discover a Kemp’s ridley.

“When I did my work in Florida,” Wright said, “I was responsible for 24 miles of beach and would average 2,000 nests a year.”

Wright also encouraged many people to volunteer to rescue sea turtles during the colder months. They have the option to either look for turtles by themselves or with a partner for walking patrols under the JFK Causeway.

“The easiest way to know where a cold stone turtle is they’re really cold and not moving around. So whichever way the wind is blowing that’s where you’ll look for them,” Wright said.

Nesting season happens between the months of April and July and volunteering has flexible hours.

If you’re interested in volunteering for the National Seashore service, visit their Facebook page, Padre Island NS Division of Seas Turtle Science and Recovery or go to www. nps.gov/pais.