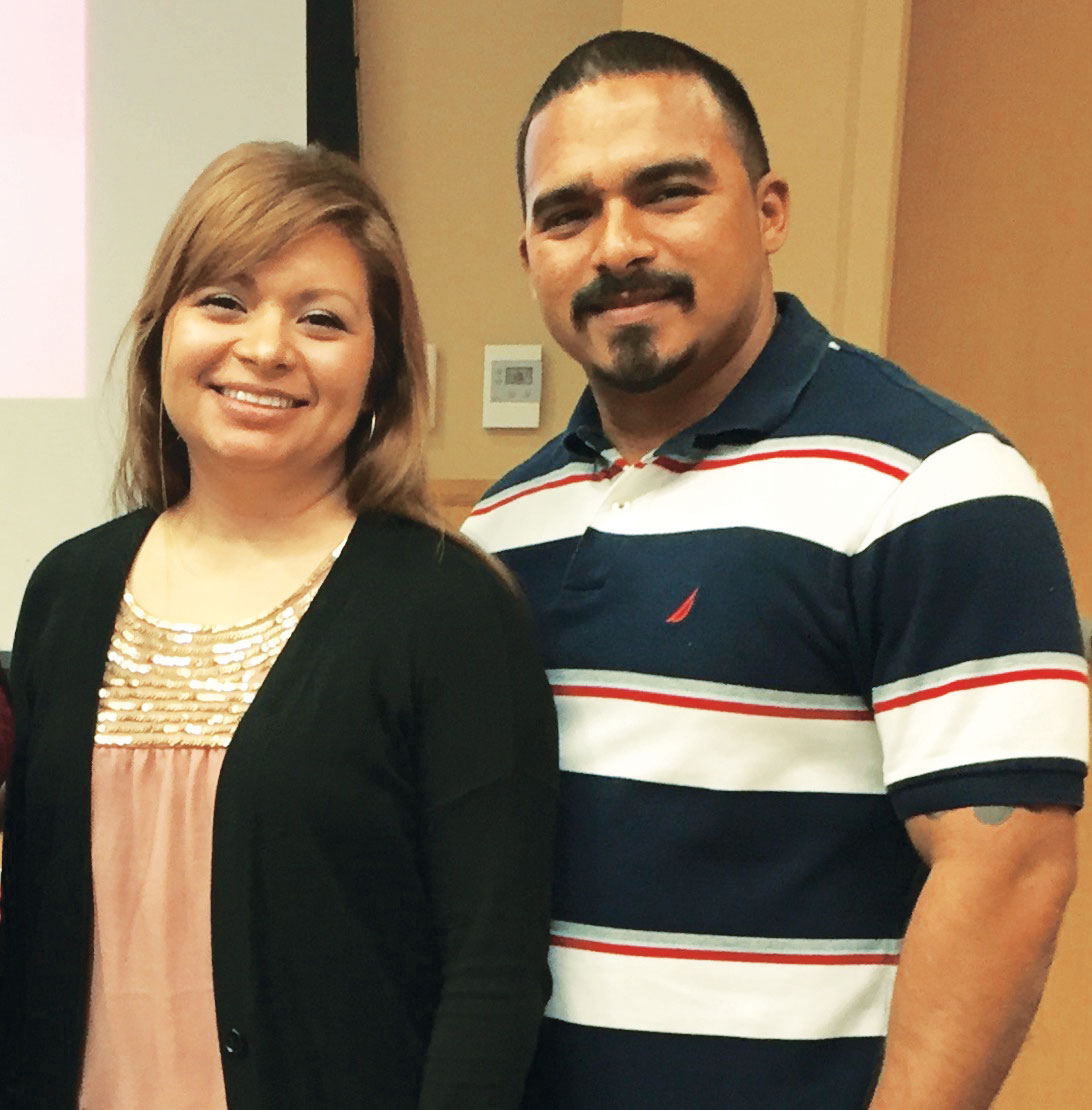 As graduation approaches for Del Mar College students, the journey for some has proved DMC lives up to its slogan: “Dreams. Delivered.”

“I faced many troubles before college,” said Rudy Zuniga. “I was caught up in a life of crime, drugs and gangs. I started college at 16 years old … because no (high) school wanted me on their campus.”

Rudy was court-ordered to earn his GED and he faced the possibility of being given to the Texas Youth Commission until he turned 21. According to Rudy, the judge offered him a chance to redeem himself, after recognizing the loss of Rudy’s and Brandy’s father, so Rudy could help take care of his family.

“I was the oldest boy in my family, meaning I was now the man of the house,” Rudy said. “(The judge) told me she would let me go free as long as I attended college and made something of myself.”

According to Rudy, leaving his life in a gang was difficult, but he wanted to change. After the woman he was dating at the time had their baby, he knew he needed to provide for his child, too. 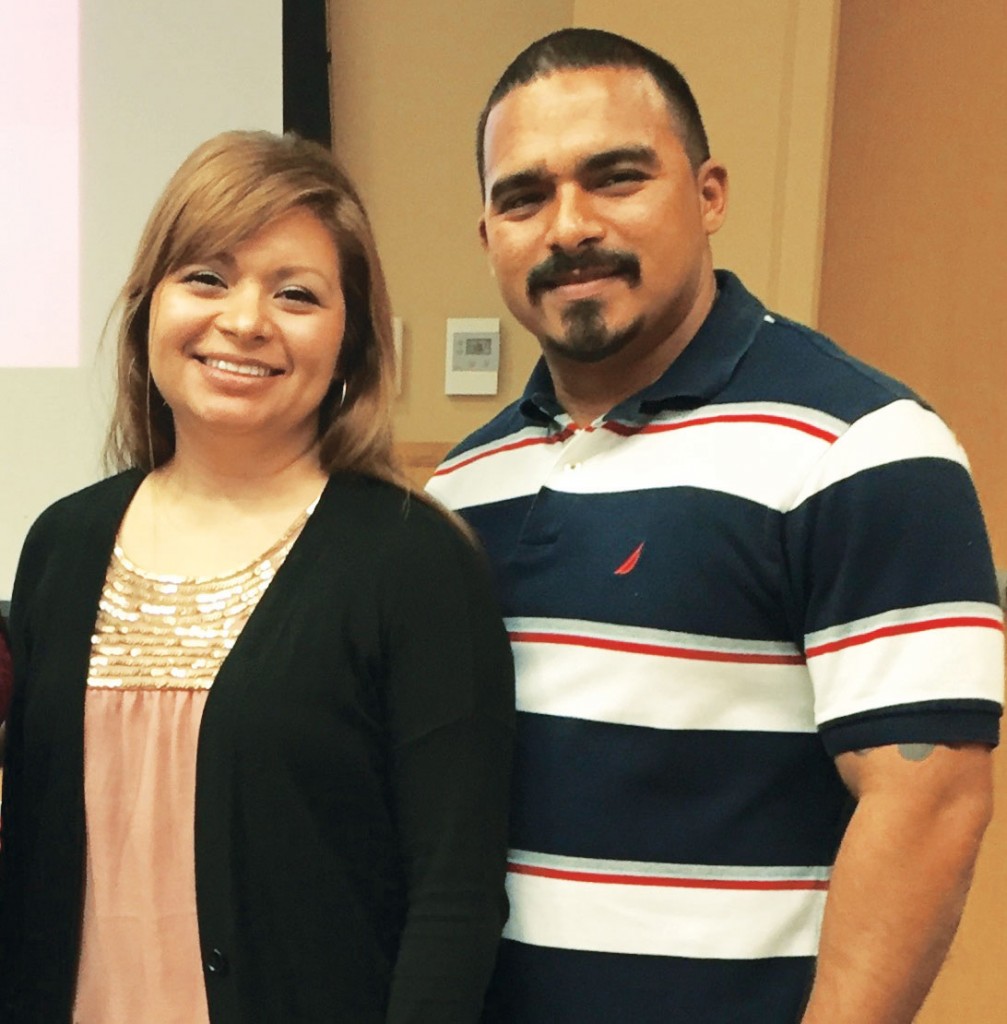 Brandy Zuniga will be finishing the nursing program at Del Mar College, while her brother Rudy will be graduat- ing with an associate degree in welding applied science.

Rudy earned his welding certificate to make money while he chased his dream of underwater welding and getting his Realtor’s license, but he stopped attending college, and his sister, Brandy, started taking classes at Del Mar almost eight years later.

“When I was 12 or 13, we didn’t have a lot of money and we lived in the projects. The emergency room was outside our front door,” Brandy said. “One day, I saw my aunt (a pediatric home health LVN) coming out of the emergency entrance and she just waved, and I waved back. I said, ‘One day, that’s going to be me.’”

Brandy worked after high school and after she had two children, she still wanted to pursue her dream. According to Brandy, it was challenging to go to college and provide a life for not only herself but for her kids, too. To do so, she had to leave them at home and give them a phone to call her if they needed her. One of her professors, she said, told students to turn their phones off but after Brandy explained that she needed it in case her kids needed her, her professor obliged.

After seven years at Del Mar, Brandy told Rudy she didn’t want to walk the stage alone and he only needed two more classes to graduate. His full-time job made it difficult, according to Rudy, but he wanted to finish his degree because he started his journey at Del Mar, and he wanted to graduate on the same stage as Brandy.

Brandy and Rudy acted as a support system for each other in their last semester at Del Mar. Rudy had to learn math again and stay involved with his kids who played sports, while also working a full-time job.

“I wasn’t prepared for the workload that came with these two classes,” Rudy said. “I’ve managed to overcome all my obstacles by simply working hard and never giving up no matter what life threw at me.”

Rudy said he intended on finishing his degree after he left college with his welding certificate, but his sister gave him the push he needed to return. He accepted support from his girlfriend and Brandy, and he wanted to set an example for his children.

“Now he can relate,” Brandy said. “He will text me to say, ‘I’ve been at this for 12 hours. I can totally see why you’re at that desk all the time … and I’ve only been doing this for a semester.’ … Nobody can understand your college journey unless they’re going to college too.”

Rudy will be graduating with an associate degree in welding applied science, and Brandy will be finishing the nursing program at DMC. According to Brandy, she wants to help bedside patients get their life back and live it the best they can.

“My second semester, I had a clinical rotation at Memorial (Hospital). Of course, the same projects are across the street. … I would see my old apartment every time I left to go to my car and so I said, ‘I’m living my dream. This is it,’” Brandy said.

Rudy tells his children they should never quit and should work hard to accomplish everything they set out to do, no matter what.

“It’s my turn to practice what I preach,” Rudy said. “My sister and I have pushed and encouraged each other throughout this semester. It’s been an amazing journey.”