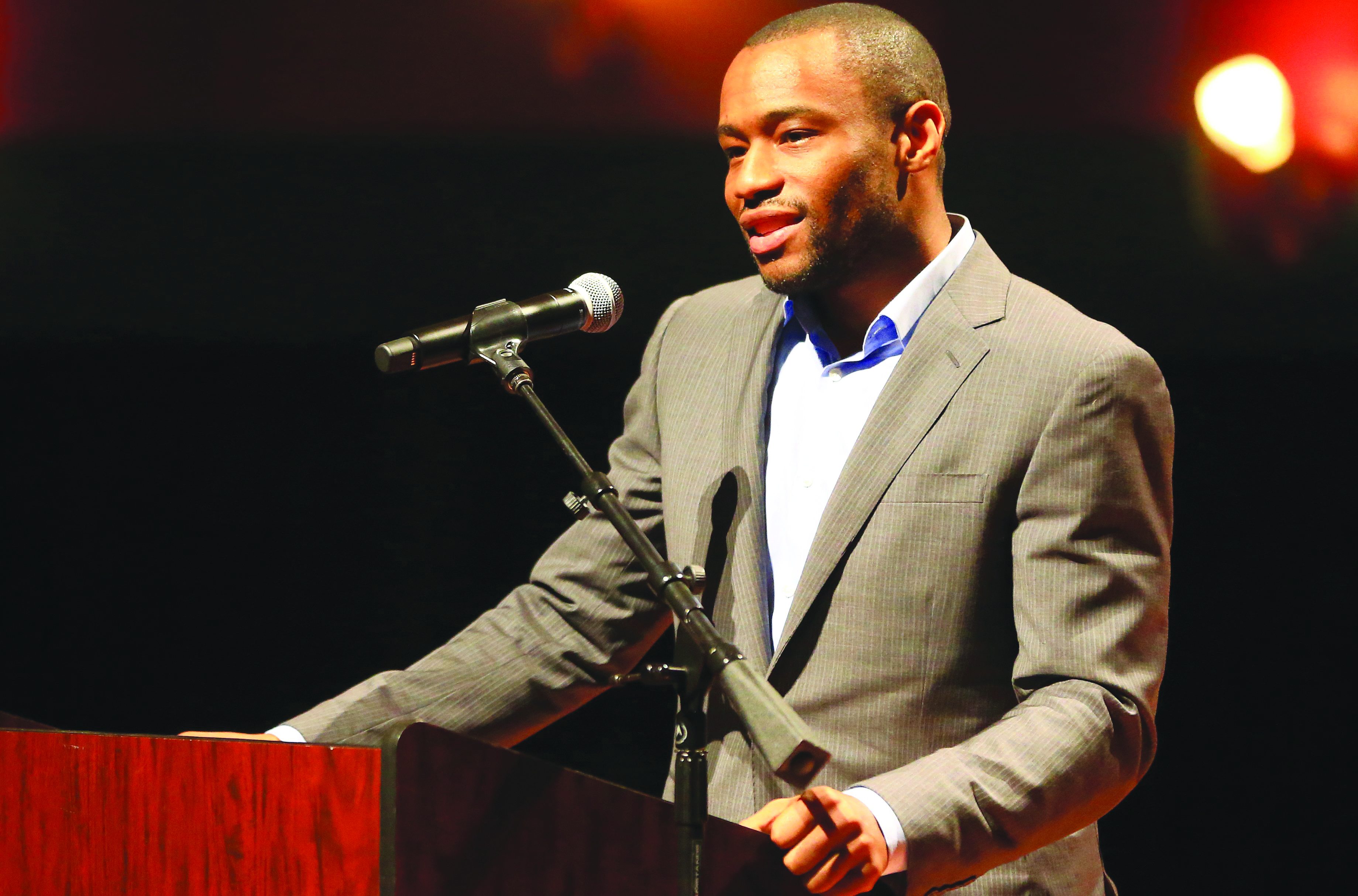 On the steps of the Lincoln Memorial, Martin Luther King Jr. gave his iconic “I Have a Dream”
speech.

The event featured keynote speaker Marc Lamont Hill. Hill is the host of Hu Post Live and BET News. He also serves as a political contributor for CNN and is a professor of African- American studies.

“The legacy of King is to say, ‘We aren’t done yet,’” Hill said at the A&M-CC Performing Arts Center. “King’s ‘I Have a Dream speech was not about dreams, but broken promises.”

During the presentation Quincy D. Mosley performed “Lift Every Voice and Sing,” which was written in 1871 and is also known as the Black American National Anthem, in honor of King and the struggle for Civil Rights.

“You need to join an organization. You don’t need to start one, you just need to join one,” Hill said. “It can’t be about you though.”

Hill’s speaking moved students and the community as he inspired them to make a difference.

“The most key thing I took from this experience is to serve as a part of a group,” said Simbia Mutandiro, an A&M-CC student. “I am serving in the wrong group right now, so I am going to find one with a common goal.”

Hill spoke about current in- equality and how everybody needs to make a difference. He referred to himself and others as slaves to society.

“I want to be a rebellious slave,” Hill said. “I’m freeing as many people as possible.”

According to Hill, King’s legacy is to be courageous and brave enough to live life of solitude to make a change in the world.

“King didn’t make the people’s most admired list,” Hill said. “There were civil rights advocates that said King was an attention hog and a trouble-maker.”

According to Hill, King is remembered as someone who had a dream, but in reality he was

someone who preached about broken promises and wrong doings by the American people.

“King said all white people are pocket racists,” Hill said. “This is the King people don’t want to remember.”

At the end of the event there was a meet-and-greet with Hill. People in attendance had the opportunity to purchase several of Hill’s novels and have them signed.