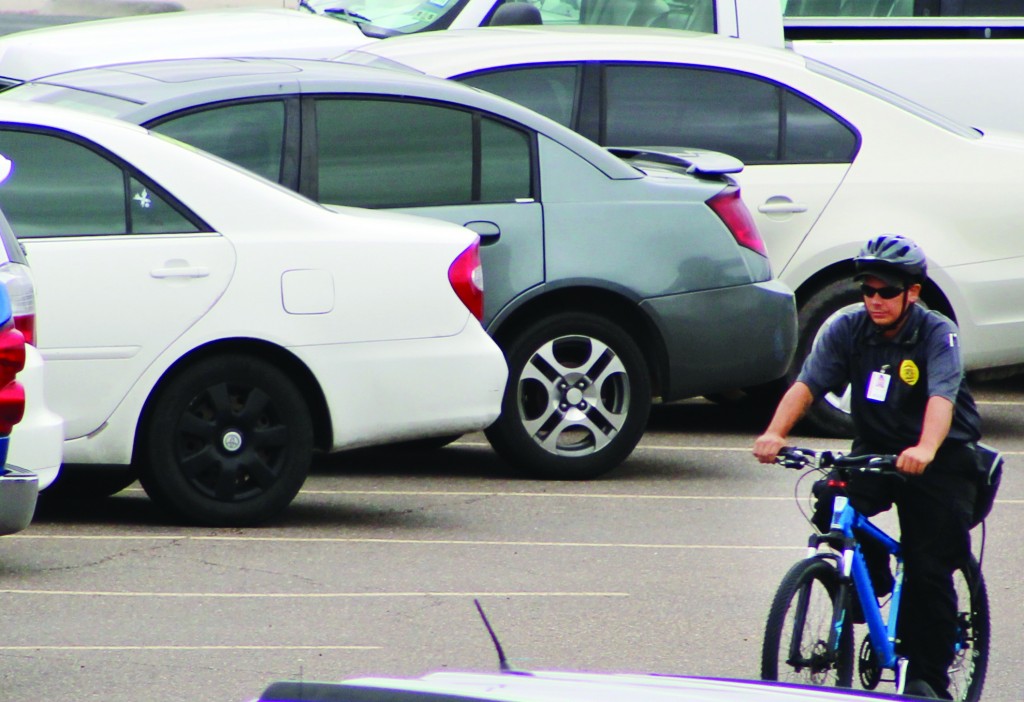 With the on-campus smoking ban now in effect, the Del Mar College Student Government Association is turning its focus to the issue of campus safety and security. The shift comes after two on-campus security scares in the fall semester as well as new legislation permitting handguns in college classrooms.

about the carrying of guns on campus,” said SGA President Ericha Kemm. “We want people to know what’s going on before it starts. We want them to be educated, and not making decisions based on fear or incorrect information.”

The SGA has been a part of Del Mar since the college’s establishment, and is responsible for addressing campus issues.

The bill takes effect in fall 2017 for Texas community colleges. For public universities in the state, it begins in fall 2016.

The SGA also will be hosting a two-day regional retreat March 7-8 for the Texas Junior College Student Government Association, or TJCSGA, where schools in the lower Texas region will gather to prepare for a state conference taking place later this semester. The schools will work on team building and educational skills, and will determine what concerns they want to address at the upcoming state meeting.

The SGA has been a part of Del Mar since the college’s establishment, and is responsible for addressing campus issues. The group communicates with other colleges in the state and attends meetings at the Capitol to discuss and debate Texas laws. The SGA also works to better the Del Mar campus and its other clubs.

“The SGA is the umbrella over all the other organizations on campus. We’re here to assist them and to help them achieve the goals that they have,” Kemm said.

Over the past year, the SGA initiated and carried out the smoking ban, making DMC a tobacco-free campus as of fall 2015. The SGA also advocated for a common course numbering system across Texas colleges.

Students can become involved in SGA by attending their monthly meetings. The SGA meets every third Wednesday of the month. The next meeting is set for 12:30 p.m. Feb. 17 in the West Campus Palmetto Room. Students interested in attending the TJCSGA retreat can visit the office of Student Leadership and Campus Life for more information.