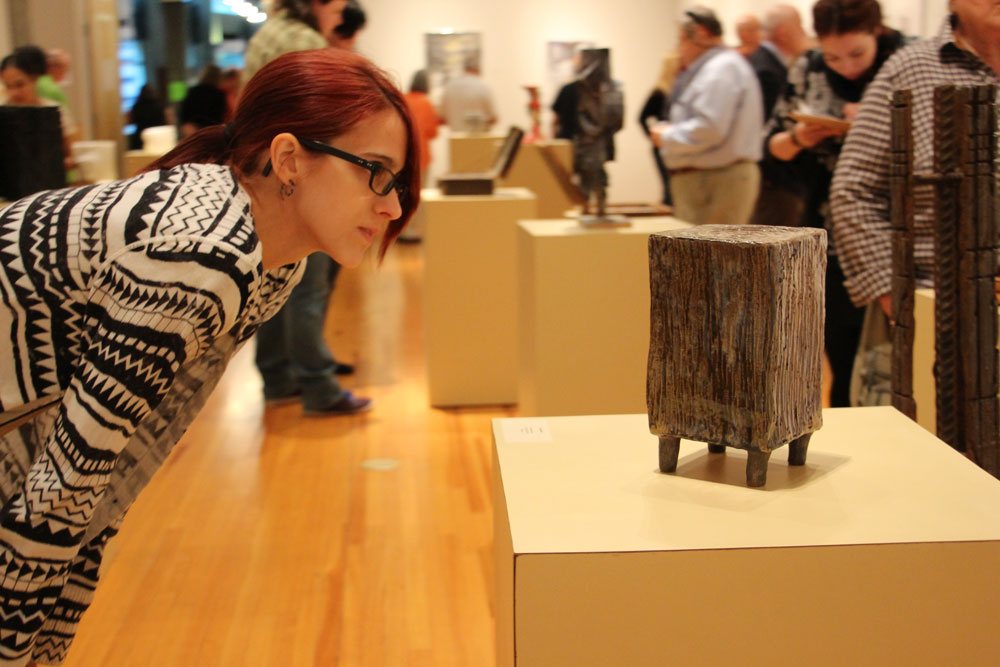 The 50th annual National Drawing and Small Sculpture show opened its doors to the public on Feb. 19. 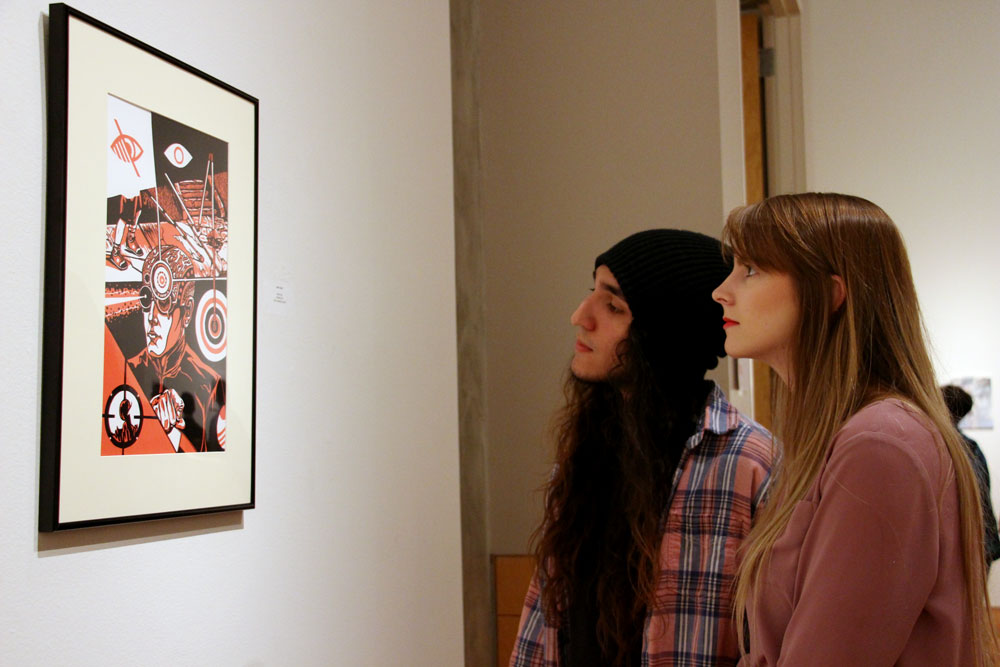 Studio engineering students, Jesse Lopez and Nicole Nccune, admire one of the pieces at the 50th annual National Drawing and Small Sculpture Show.

Over 200 guests came to the nationally acclaimed show to see what this year’s participants had to offer.

“The show is great and we had an amazing turn out for this year’s show,” said art professor and author Cynthia Perkins.

Perkins sat out in front of the gallery selling her books that took 10 years of research on the  history of the art show.

Jonzo Cain-Calloway, daughter of the acclaimed Joe Cain who started the show in 1967, said what she thought of the show, “I think it is great and I love it. The show has always been amazing with all the high quality work placed in this gallery. My father would be so happy if he were alive. It has become everything he ever hoped for.” 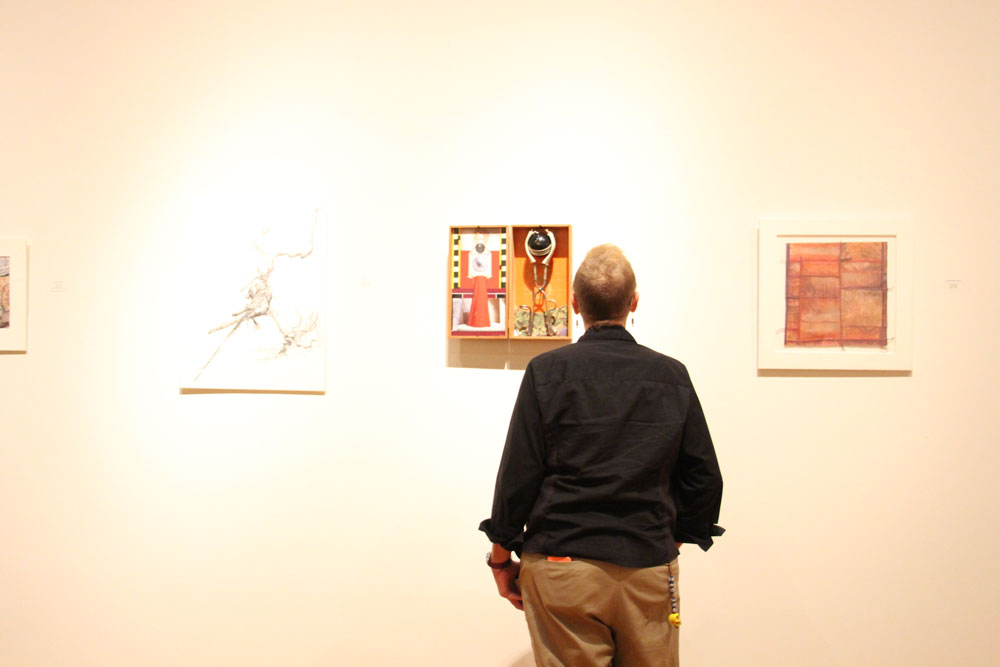 Day Wheeler admires one of the fascinating sculptures called The “Earth as Specimen” entered by California artist Bob Privett.

Sherry Rizzo, a retired elementary art teacher, discussed her interest in this year’s show: “It’s very different here. I’ve only ever been to one show previously but this year’s show is so fantastic. They have so many different things and it is a very interesting collection. I’ve never seen so many eye-catching sculptures before. I just can’t wait to look some more because there is so much it is hard to just look at it just once.”

The show runs from Feb. 19 to May 6 in the Joseph A. Cain Memorial Art Gallery, located in the Fine Arts Center on Del Mar College’s East Campus, and is free to the public. Gallery hours are 9 a.m. to 4 p.m. Monday through Thursday and 9 a.m. to noon Friday.