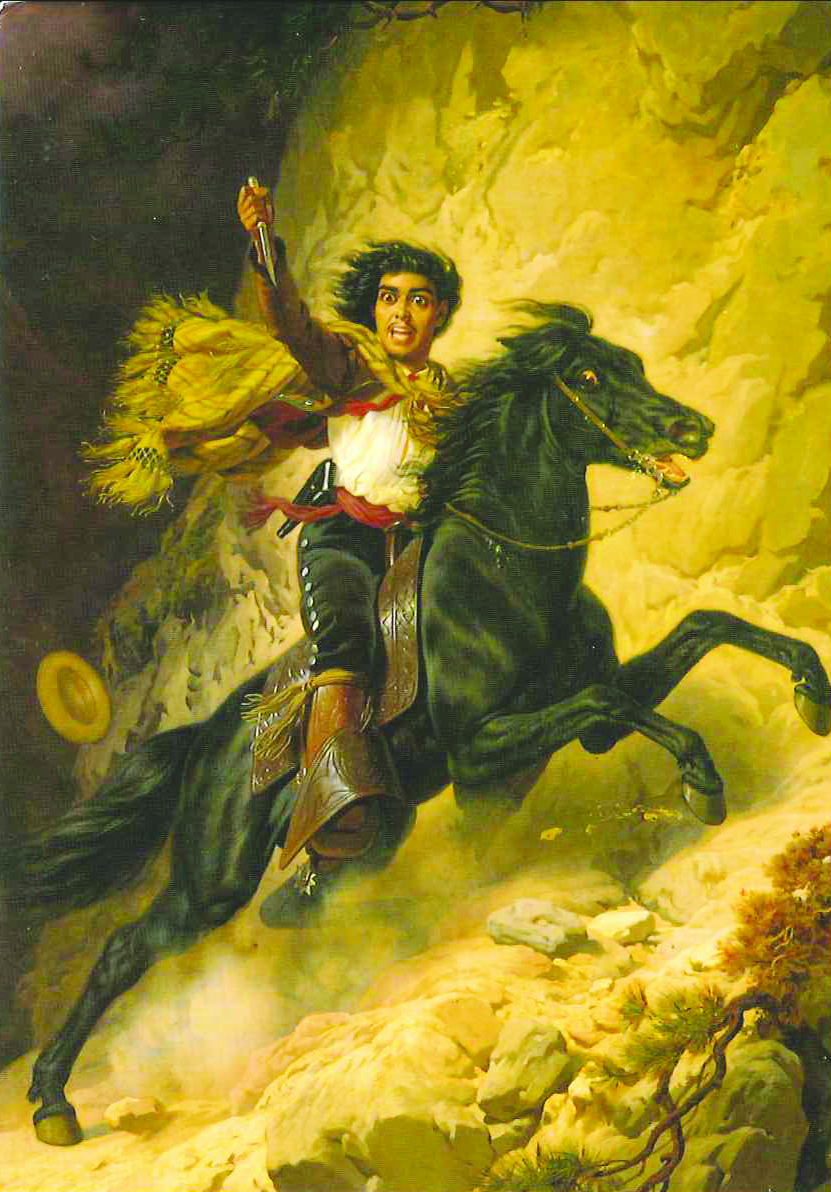 Del Mar College’s Mexican- American studies program hosted a screening of the PBS documentary “The Head of Joaquin Murrieta,” April 6 in the White Library on East Campus. The film’s director, writer and star, John J. Valadez, attended the screening and participated in a Q&A session with those in attendance.

The documentary told the story of Valadez searching for the remains of Mexican outlaw Joaquin Murrieta, whose head was put in a jar by bounty hunters and displayed across California. One day he receives a strange package in the mail containing the head of Murrieta, which had no information on who sent it to him. Valadez travels cross-country to California to bury the head of Murrieta and during his trip Valadez discovers some chilling parallels with his own family story. After the film, students were eager to ask Valadez their questions.

Joaquin Murrieta was a notorious Mexican outlaw who went on a trail of vengeance after his land was taken and wife was murdered.

One of the questions concerned Valadez carrying human remains across the U.S.

“Well, you know, sometimes you’ve got to be a little bit of an outlaw yourself,” Valadez said.

Valadez also gave a history about when the California rangers set out to find Murrieta in the age when photography was starting to be used and any Mexican could be mistaken for Murrieta.

“For a lot of Anglos, all Mexicans were Joaquin Murrieta — it didn’t really matter,” Valadez said. “When they brought his head back a lot of people believed back then that they killed some Mexican kid for the reward money.”

The head ended up in San Francisco in a museum of anatomical anomalies such as a mummy from Egypt, a deformed fetus and other strange things. But in 1906, the San Francesco earthquake destroyed everything in the museum, including the supposed head of Murrieta and the head seen in the documentary wasn’t the head of Murrieta.

“Although the name of this film is ‘The Head of Joaquin Murrieta,’ that’s precisely why it’s not in the film, because it was destroyed,” Valadez said.

The head seen in the film was a “symbolic head” that has a meaning in Valadez’s journey.

“In a way, it is a symbolic journey to the past and I kind of think of this film is about a film about folktales about the American West,” Valadez said.

When asked about discovering about his family’s past, he said he found out something surprising and interesting.

“I thought I was going to find out how my grandfather was murdered and our land was taken,” Valadez said. “Instead, I found out a deeper truth and more interesting one: Mexican-Americans are sometimes the victims but sometimes we’re the perpetrators as well.”

Valadez was asked if he was going to do another film like this.

“I don’t know, I have projects I’m working on,” he said. “But one thing I do know is that I try to keep working and put out as much as I can while being prolific as possible. Why? Because life is short.”

After the session, Valadez said he received another package in San Marcos.

“Last night, and I don’t want to freak anybody out here, but I got another package in the mail so I brought it,” Valadez said.

The students were curious if it was another mysterious package but it turned out to be the DVDs of the documentary with three unique Murrieta postcards. This gave the students a good laugh as the session ended, with some purchasing postcards and DVDs.