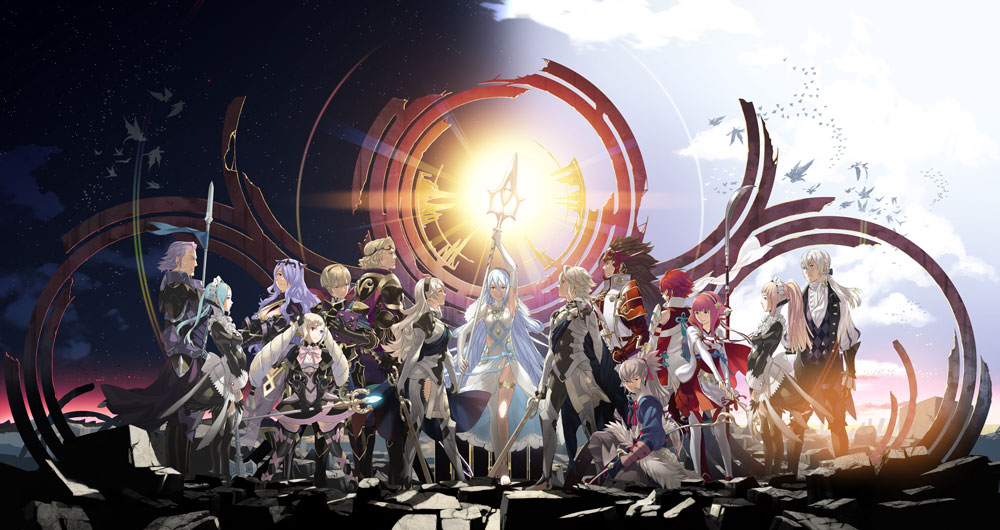 “Fire Emblem Fates” is the latest installment in the Fire Emblem RPG series with the latest storyline having been released March 10. The game developer, Intelligent Systems, has done a great job at crafting a medieval fantasy tactics game that is sure to impress any strategy gamer. The game was released in two separate packages, Conquest and Birthright, with a third package, Revelation, available for download. The package one buys will determine the side the protagonist will fight for; however, all the sides are available for purchase from within the game.

“Fire Emblem Fates” was released in two packages “Birthright,” “Conquest” and the third package “Revelation” to be available for download soon.

In “Fire Emblem Fates” two kingdoms have been at war for generations, the imperialistic European-like country of Nohr, and the wise yet arrogant Japanese-like country of Hoshido. The main character, whom you create, is the middle child of the Nohrian royal line and one of the heirs of the king. Upon getting captured by the Hoshidans in his first battle, it is revealed that he is in fact not related to his other siblings. He is instead a kidnapped scion of Hoshidan royalty, taken as a child and raised lovingly as a Nohrian prince. Upon making this realization, the young prince must make a choice. Will he fight with his adopted siblings to help stop his adopted father, the power hungry King Garon, from within? Or will he join his birth family and fight back against the kingdom he once called home? The third downloadable campaign offers a third choice — refuse to choose a side and thus be branded a traitor by both kingdoms. The choice the player makes here will determine their loyalty, and characters who may have been friends, even lovers, in one choice, will instead be bitter enemies in another.

The gameplay of “Fire Emblem Fates” takes place primarily on a grid-based battleground, with a different battleground in each stage. The differences between the three versions in terms of gameplay are in difficulty, with Conquest giving the player only a finite amount of gold and XP with harder battles, Birthright giving the player an unlimited amount of battles so they can grind gold and XP, and Revelation being a mix of the both with hard battles but unlimited levels. Players will maneuver their soldiers across the map to set up choke points and battle the enemy army, strategically using terrain and abilities to win. The player’s army is made up of a diverse cast of named characters, each assigned one of many battle classes such as samurais and knights. They will gain XP and level up based on the battles they win. On harder difficulties, the player must be careful of the decisions as a character that falls in combat will die, and chances to replace a dead soldier are few and far between. 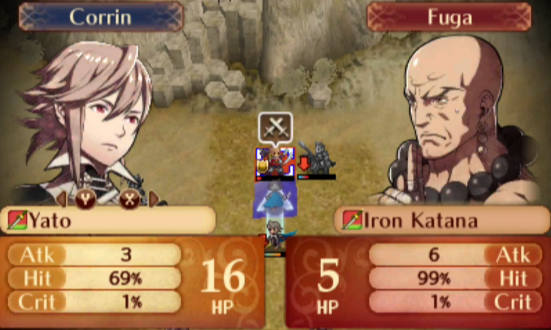 Corin and Fuga tag-team down the enemy in the game’s Pair Up feature. When this is active, it will give you an advantage on your foes.

The game also boasts a Pair-Up feature. Units that fight together in battle will enhance each other’s stats and will grow friendships with each other that are explored through cut-scenes related to their relationship between battles. The characters that build relationships with each other can even fall in love and eventually have children. These children, who each have their own distinct personalities, will offer new opportunities to enhance the effectiveness of the player’s armies.