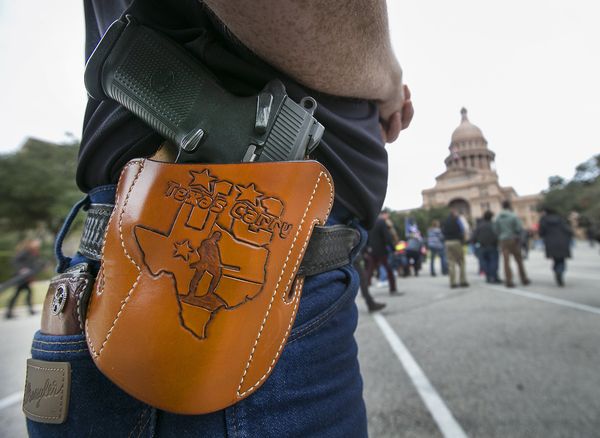 The topic of gun control has been a hot issue in the media and in presidential debates. However, in August a law took effect in Texas allowing students at public universities the right to carry their guns on campus if they are concealed carry permit holders.

While the University of Texas and other four-year schools have already seen the change, to much criticism from faculty members and others, the law will not affect community colleges, such as Del Mar, until August 2017. Del Mar officials will likely be looking at what other colleges are doing in regards to declaring parts of the campus gun-free zones as they decide on a policy for Del Mar students. Del Mar officials plan to seek input from students, staff and members of the community.

In 23 states, colleges set their own firearm policy on whether to allow them on campus. Just six states, Texas included, require colleges to allow guns on campus in some circumstances.

In 2014, with more than 21 million students attending colleges and universities, only 30 homicides occurred on campus with some sort of weapon in the United States. These are statistics that the media and politicians do not show the public because they know some people will not do the research for it.

A way to ease the idea of allowing guns on campus is to first allow higher administrators to carry, to test the reaction of the students to the idea. In actuality, a campus officer will not respond to a situation quickly enough if a violent altercation is to occur. That’s because there are limited campus officers trying to survey other parts of the campus. As for the police officers, it can take time for one to reach the campus unless one just so happens to be close by in the area and can respond but that still leaves out the location of the situation on campus. However, having either a professor or administrator in possession of one is more likely to attend to the situation should things get out of hand. Furthermore, that will raise the possibility of having them take classes on those particular situations.

I would feel more comfortable if a higher administrator or professor have a gun if they feel comfortable with having one in their office or in their possession. If the schools proceed by allowing the students being able to openly carry their weapons they should have mandatory screenings (on top of the state’s mandated screening) and have mandatory classes on gun safety while on campus, thus laying down the rules on bringing the gun to campus. In the end, guns are just tools; the person behind the gun is the one who makes the call on whether to pull the trigger. Guns are not bad — until they fall into the wrong hands of people who have bad intentions.