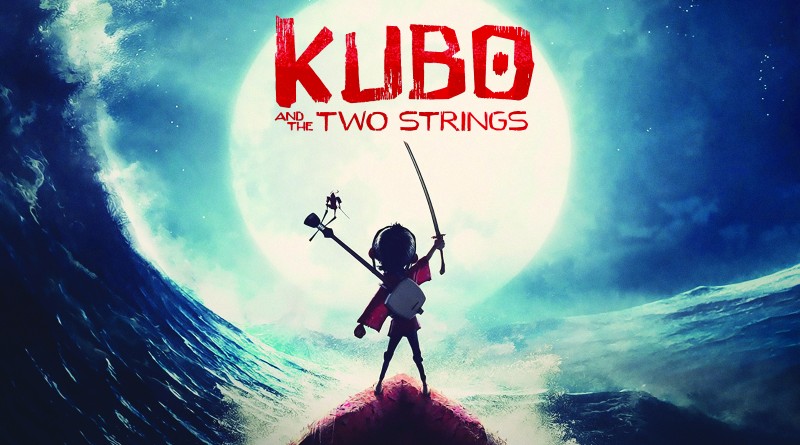 Kubo and the Two Stings” is a stop-motion adventure movie directed by Travis Knight. The movie, released on Aug. 19, is a well-done action film that will resonate with all ages.

In ancient Japan, Kubo (Art Parkinson) lives on the outskirts of a small village in a cave with his ill mother. When Kubo was an infant his grandfather, the Moon King, and his two aunts attacked Kubo, taking one of his eyes. His father, Hanzo, and his army sacrificed themselves to secure Kubo and his mother’s escape. In moments of lucidity his mother tells stories about his father, usually ending with a warning to never stay out after dark.

One night Kubo is caught after dark and his aunts find him. His mother uses her magic to allow him to escape, tasking him with finding his father’s armor to protect himself as she faces her sisters alone. Now Kubo must finish his quest to save himself with the help of Monkey (Charlize Theron), a figure animated by his mother’s magic, and Beetle (Matthew McConaughey), a survivor of Hanzo’s defeated army cursed to survive in an insect form.

“Kubo and the Two Strings” is a heartfelt movie that never has a dull moment. The movie gives a very warm message on what it means to be human and the consequences of turning a blind eye to both the compassion and suffering of the human race.

The stop-motion animation is very well done and the models they use for the animation are very detailed. The main characters are very likeable with special mention going to McConaughey’s Beetle. Beetle functions as both a valuable ally and a sort of comic relief. The action scenes are very tense and enjoyable to watch, with the lighting effects adding emphasis to the combat scenes.

While the movie has many good points, there are moments where the animation stutters, as is typical for a stop-motion animated film. However, the stutters are barely noticeable and don’t detract from the overall entertainment value of the movie.

Families looking for an action-packed movie should look no further than “Kubo and the Two Strings.” This movie should definitely be seen in theaters.