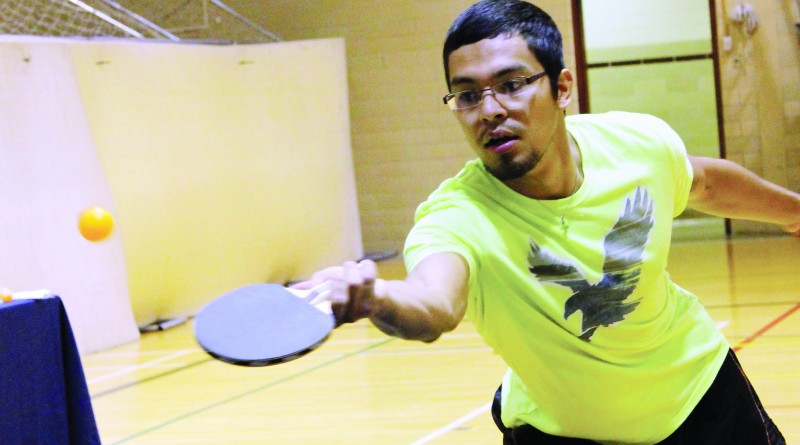 With paddles in hand, it was only a matter of time before someone got spanked — in table tennis, that is.

Intramurals hosted the one-day tournament on Sept. 19 in the gymnasium. Three table tennis stations allowed the five competitors to face off simultaneously.

The first couple of matches were rather uneventful, but when competitors Colby Farr and Jonathan Garcia faced off, the two friends turned serious.

Despite a valiant effort by Garcia, he was no match for Farr, last semester’s champion. Farr had been prepping to defend his title as table tennis supreme since this semester began.

What Farr was not expecting was for a sleeper talent like Jose Martinez to be competing this year. Both Farr and Martinez got through the elimination rounds, setting up a final match that could not have been better — defending champion vs. strong newcomer. 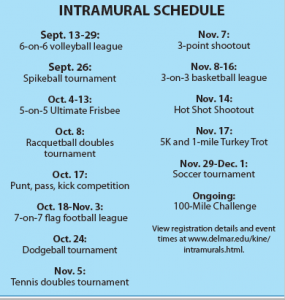 The match between Farr and Martinez was epic; a sort of Roger Federer vs. Novak Djokovic type of match ensued as Farr jumped out to an early lead. He was sure he had the match going in his favor till Martinez turned the tide and the champion was dethroned.

A defeated Farr couldn’t watch the new champion being handed the winning T-shirt but he shook Martinez’s hand as a sign of respect to end this year’s tournament.