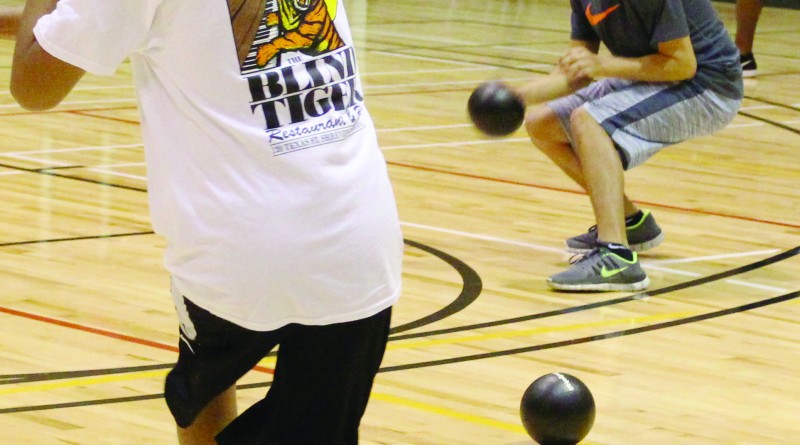 Only one day a semester, at a specific time and specific place, do you get to throw balls at people and not have anyone feel awkward about it. This semester, that meant 3:30 p.m. Feb. 27 in the gym for the intramural dodgeball tournament.
It started with a four-team double-elimination tournament between teams Goaty’s, Max, Roland and BDBB.
The first match between Goaty’s and Team Max offered an entertaining game, as Goaty’s was able to win easily through good teamwork to corner the last player on Team Max. The next matchup between Team Roland and Team BDBB came down to the wire as both teams were left with one person and it was Team Roland who was able to secure the win.
Team Goaty’s was able to advance to the championship game with a convincing win over Team Roland that was over quite quickly.
All three of the one-loss teams were in position to win out to make it to the championship game, which made the stakes high for every team. The team that completed the challenge of staying alive was Team Roland, which had beat Team Max and BDBB back to back.
This set the stage for a rematch between the Goaty’s and Team Roland, who were looking for revenge after a quick loss last time around as well as trying to win three straight games to end the tournament. The game started off with both teams pulling the trigger early, throwing dodge balls left and right with no real target and randomly hitting unsuspecting players. Then like the two matches before for Goaty’s, they started using teamwork to pick players apart one by one, giving them the win and Intramural Championship glory.
Team Goaty’s included William Rivera, Bailey Barrera, Gavin Trevino and Dominic Perez.