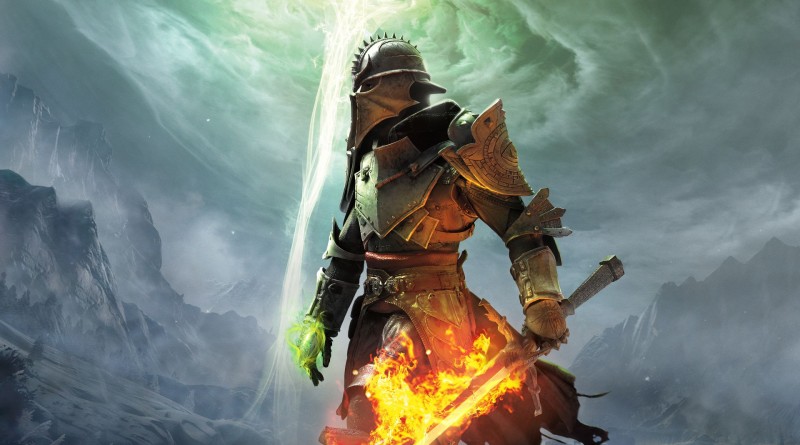 “Roll 20 and you can open the locked chest.” Those are familiar words for anyone who has ever played Dungeons and Dragons, or any magical role playing game on console or with cards. These kinds of games are time consuming, equally in preparation and in actual gameplay. So, if you’re ready to dive into a game that has potential to consume your social life, I recommend “Dragon Age.”
BioWare released its first game in 2009 with “Dragon Age: Origins,” a tale of violence, lust and betrayal from the beginning. You are a Grey Warden, one of the last of an ancient order of guardians who have defended the lands throughout the centuries and you must find the traitor of the order and bring him to justice. There is a romantic interest that either will divert or aid you in your mission, and there are complex moral choices you must make throughout the game that will affect which of the six endings you will receive.
BioWare offers no limits in imagination with the ability to have full character customization. You can create your own hero from all your wildest imagination and mold their personality based on the decisions you make in the story. “Dragon Age” is every true RPG (role playing game) gamer’s fantasy come true, and with more than 100 hours of gameplay, multiple side quests and its own Wiki page dedicated to the story, turning off your console has never been harder.
The sequel, “Dragon Age 2,” came out just two years later in 2011. Following the timeline of the previous game, you are one of the few who escaped the destruction of your home. The second game focuses more on magic, and its unique consequences and turnouts. You are forced to fight for survival in an ever-changing world, seal your alliances and make life-changing decisions that will seal the fate of the world for the next game.
Some main characters from the previous game will make appearances on the sequel, and move forward also to the third game. If you are dedicated to complete the saga in order, which is highly recommended or else you will have absolutely no clue what’s going on, by the end of this game you’ve already decided who are your favorites and who you should throw away in a chest and lose the key.
The story continues with “Dragon Age: Inquisition,” which came out in 2014, and is my favorite of the three. It begins with a cataclysmic event that plunges the land of Thedas into turmoil. Chaos, confusion and darkness cast a shadow over a once-peaceful kingdom. Whatever order was accomplished from the precious games, there is none of that now, and you have somehow lost your memory and are the only person who can save this world and rebuild it anew.
In conclusion, Dragon Age is time consuming, but the depth of the character’s personalities, the cleverness in the quests and beautiful scenery of the nations make it worth losing sleep over. The creators of BioWare have also been releasing possible teasers on their Twitters of a Dragon Age 4 game, but they have not confirmed it yet publicly. Fingers crossed.