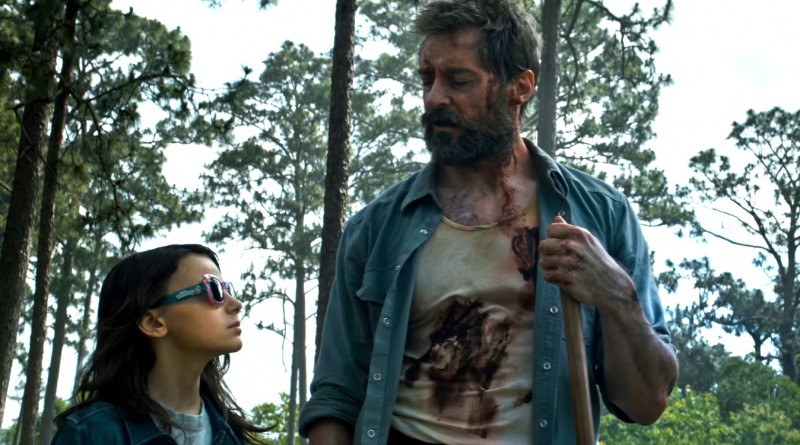 Hugh Jackman dons the adamantium claws one last time as Wolverine in “Logan,” the 10th film in the X-Men franchise and third and final standalone film of the character. James Mangold returns to direct this last chapter after directing 2013’s “The Wolverine,” which many fans felt was entertaining, but got too over the top in its third act. The film is also the second in the X-Men franchise to receive an R rating, thanks in part to Jackman taking a pay cut to leave more money for production. After many years of seeing the famous hero get watered down by a PG-13 rating, it’s finally the Wolverine film everyone deserves and even more.
Logan works as a chauffeur taking care of an ailing and senile Charles Xavier (Patrick Stewart) across the border in Mexico. Logan has aged greatly, resulting in his healing abilities not working as they used to, so he takes to painkillers and booze to cope with the damage. One day he is approached by a mysterious woman who asks Logan to take an 11-year-old girl named Laura (Dafne Keen) to safety. But she’s is being hunted by an organization known as the Reavers led by Donald Pierce (Boyd Holbrook), who plans to retrieve her at any cost. This results in Logan and Charles to go on the run and protect Laura, in which they discover that she has special abilities of her own and discover why these people are after her.
The action sequences are well filmed, intense and also very brutal. After the last two Wolverine films were held back by a PG-13 rating, the claws finally come out as we see the character go into full berserker mode and fans of the comics will be pleased to see this. But this also shows that this is the Wolverine film that Mangold and Jackman both wanted to make and it shows on the big screen.
Jackman does an amazing job portraying the character and, with Stewart, the pair have a father-son dynamic going on. This works after many years of doing the X-Men films, and it just comes naturally to them. Keen, who doesn’t have much dialogue till later in the film, gives a strong, intimidating performance as Laura. She shows off many emotions with the looks she gives in certain situations and shows that acting doesn’t have to be just with words, but with emotion as well.
But the one thing this film excels at is the storyline. The way the film is written gives the audiences a sense that they have been on this journey with Logan after many years. It’s not your by-the-numbers superhero film that the Marvel Cinematic Universe seems to follow, it has strong emotion and great storytelling mixed in with great action. If this is Jackman’s last portrayal as Wolverine/Logan, then he has definitely gone out with a bang and made his mark as the character, making it hard for anyone to replace him in the role.
“Logan” kicks off the year of superhero movies with great action, story, acting and cinematography that make this not only the best film in “The Wolverine” trilogy, but also one of the best superhero films ever made.

Cast: A+
Script: A
Cinematography: A+
Soundtrack: A
Overall: A