It’s two in the morning and I’m going to murder my friends. We’ve been running the raid since dinner. I skipped a meal to ensure my spot in the group, and at this point, I’m thinking I should’ve just gone to Popeye’s and watched “Luke Cage.” Instead, I’m listening to a group of guys blame one another for our collective inability to beat the final boss. 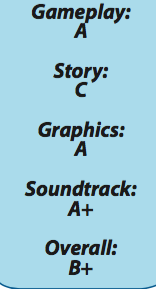 All our friends have finished the raid, and have the sweet loot to prove it. I feel like a kid with a generic jacket on and everyone else is wearing Gucci. After another hour, when the artificial caffeine high is over and the last Cheeto hath been eaten, we master the mechanics of the raid and finish off the Story: final boss. Our loot is OK at best, but we’ve finally done it. We’ve beaten the new raid.

“Rise of Iron” is the latest content add-on for “Destiny,” a game published by Bungie, developers of the iconic “Halo” series. In “Rise of Iron,” you play as a Guardian of the forces of light, awoken by a technologically enigmatic deity known as The Traveler. In “Rise of Iron,” The Traveler takes a narrative backseat to Lord Saladin, last living member of the Iron Lords.

Saladin reveals the existence of a mech-nanite virus called SIVA. There is a gang of new enemies who are using the dangerous technology to enhance their combat capabilities. Sala- din sends you on a mission to stop the Fallen Splicers, and shut down the SIVA for good. By the end, I wasn’t sure if the SIVA threat was forever vanquished, but I was certain that I had become the baddest space warrior on the planet.

In addition to several new story missions and modes, “Rise of Iron” also includes a new multiplayer mode known as Supremacy. In Supremacy, when eliminated, the player drops an orb that is worth a point when retrieved. The team that fetches the most orbs wins. I found that the game type led to increased aggression and a fanatic-like willingness to run headfirst into danger. Have your shotguns ready.

“Destiny: Rise of Iron” offers a heaping of new story content, missions and zones, along with several PVP changes and a new game type. If rumors are true, this will be the only significant content update until “Destiny 2” releases next year.

I don’t see myself being en- thralled with “Rise of Iron” for more than a few months, so I hope Bungie has something else to release this year, but “Rise of Iron” should hold your attention for a good chunk of the year.