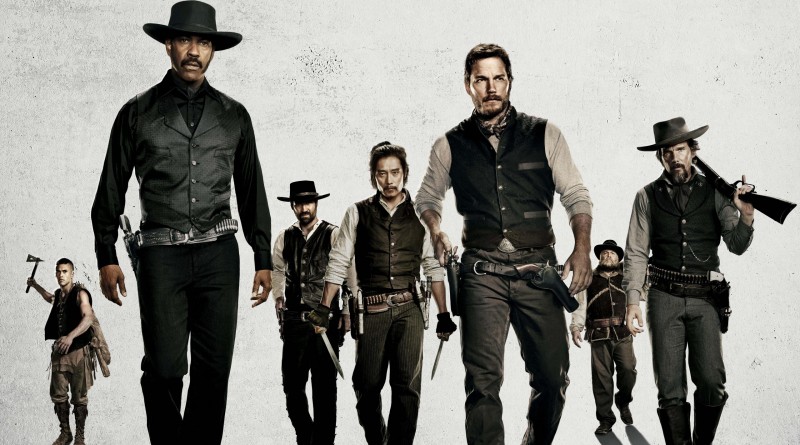 “The Magnificent Seven” is a remake of the 1960 Western action classic that in turn was a remake of the 1954 Japanese film “Seven Samurai.” Director Antoine Fuqua gives audiences his take on the beloved classic in hopes of breathing life into the Western genre. 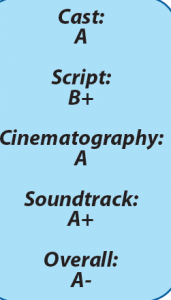 The 1960 version, which starred Yul Brenner, Charles Bronson and Steve McQueen, is beloved by many and the thought of having it remade didn’t sit well with those who loved the film. This is one of the movies that manages to respect the original source material while standing on its own.*

A corrupt industrialist, Bartholomew Bouge (Peter Sarsgaard), has taken over the town of Rose Creek, buying off every sheriff in town, and begins mining for their gold. Willing to make a stand, Emma Cullen (Haley Bennett) and her friend Teddy (Luke Grimes) go searching for someone to help them take their town back. They run into Sam Chislom (Denzel Washington), a warrant officer who is eager to help after hearing Bouge is involved. He then sets out to recruit six more men including gambler Josh Faraday (Chris Pratt), sharpshooter Goodnight Robicheaux (Ethan Hawke), assassin Billy Rocks (Byung-hun Lee), skilled tracker Jack Horne (Vincent D’Onofrio), a Mexican outlaw named Vasquez (Manuel Garcia-Rulfo), and Comanche warrior Red Harvest (Martin Sensmeier) to try to take out Bouge and take back the town of Rose Creek.

The action in this movie is well done as it manages to fuse the modern action while keeping the feel of a Western. And each scene setting up these intense shootouts is pulse pounding as the musical score composed by the late James Horner and Simon Franglen makes you feel like you’re in the moment.

It’s clear that Fuqua respects the original source material as he doesn’t try to make an unrealistic Western film. The film’s storyline is well handled with good writing and action scenes to keep the audiences entertained without losing its momentum. The cast all look like they’re having a blast doing this film and you can get behind each of their characters on screen. Washington, Pratt, Hawke and the others do a great job and would make the McQueen and the original cast proud.

The film’s cinematography was also well done as shots of the town, action scenes and Western landscapes make the audience know that they are watching a true Western film. Fans of the original will be very pleased to see that their beloved classic is in good hands and joins the category of a good remake.

For those wanting to check out a great Western with entertaining action, “The Magnificent Seven” is the film for you and shouldn’t be missed on the big screen.