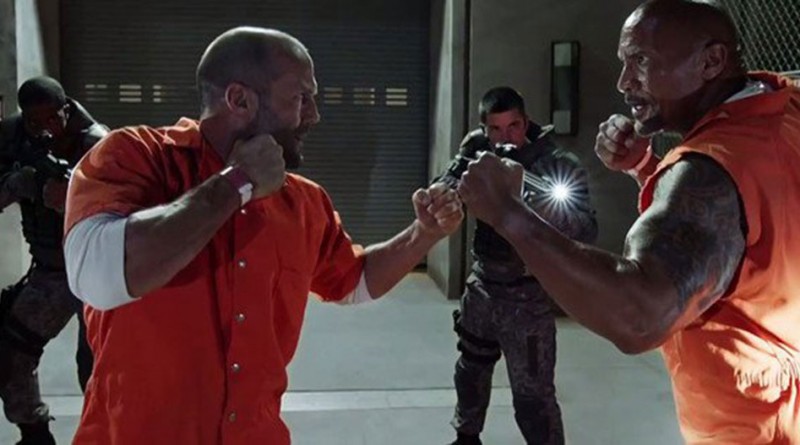 When “The Fast and the Furious” was released back in 2001 many people fell in love with the film, but thoughts of it being a franchise seemed highly unlikely. But 16 years later, the “Fast and Furious” series has made millions worldwide and is on its eighth film, “The Fate of the Furious.” Director F. Gary Gray takes the helm of this entry, taking over from James Wan, who directed “Furious 7.” After the last film, many felt an eighth film was unnecessary but it seems that this franchise hasn’t quite ran of gas.

Dominic “Dom” Toretto (Vin Diesel) retires to Cuba with wife Letty (Michelle Rodriguez), leaving the life of the criminal world behind. All seems like paradise until Dom comes across cyberterrorist Cipher (Charlize Theron), who persuades him to work for her after showing she has something valuable to him. This causes Dom to go rouge, which includes betraying his team, also known as his “family.” With help from criminal Deckard Shaw (Jason Statham), Dom’s team must bring him down and Cipher in hopes of bringing him back.

With each film, the series just gets even more over the top, and that’s one of the things this franchise excels at. It knows it’s not trying to be Oscar worthy or be deep, just have insane action, explosions and fast cars in which physics do not apply. It even manages to improve something from the last film, which was the fighting scenes. Although “Furious 7” was a great send-off for Paul Walker after his death in 2013, some of the fight scenes were heavily edited not so much shaky cam, but quick cuts between each punch. Here, the action is much better filmed and you can see who is fighting who and the car chases are also well done.

Another thing that keeps this franchise alive is the cast as you can see that they’re very passionate about these films and are having fun on screen. Theron also manages to be a very effective villain as she gives off a vibe that is manipulative and uses that to her advantage to get what she wants. But the stars of the film are Statham and Dwayne “The Rock” Johnson. Their characters go back and forth with each other, which is really great to see, and their characters have great fighting sequences. The film even includes a few surprise characters that fans of the series will know and will enjoy seeing them on screen.

The film does have its flaws as it clocks in at about 2 hours and 16 minutes, and the issues are with its second act. It spends kind of a bit of time focusing on the planning stages on how to stop Dom, which is understandable, but with a film known for its off-the-wall action it can be a drag. Despite that, it manages to be an entertaining entry in the now famous “Fast and Furious” franchise.

“The Fate of the Furious” succeeds at what it set out to be — a fun and insane action movie that even improves on some of the flaws left behind by the last entry. With two more sequels lined up, who knows where the series will go from here.