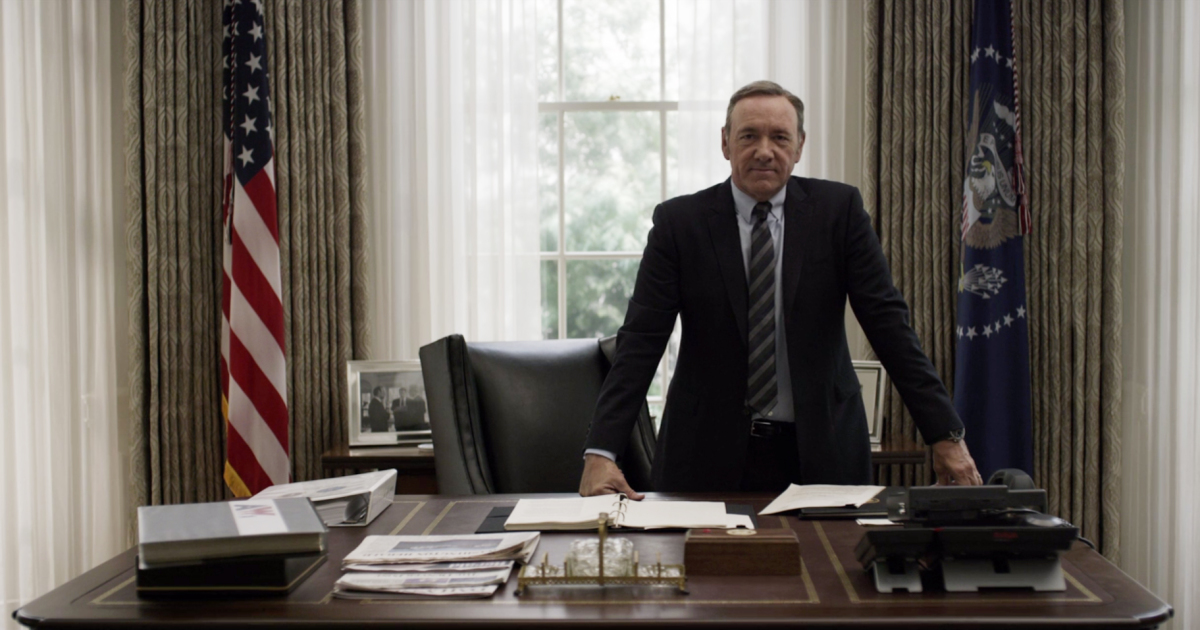 “House of Cards” has become one of the most binge-worthy shows available on Net ix, and Season 4 did not disappoint. “House of Cards” is a political drama about a politician named Frank Underwood, played by Kevin Spacey, who forces his way to power and makes many enemies along the way. Even though this is a political drama this show does not bore you with politics; the writers do a very good job of keeping the show exciting.

‘House of Cards’ is not like conventional politics. It is cynical, dark, and makes for great television.

Season 3 ended on somewhat of a cliff hanger and they picked up right from where they left off. The show is in the election process, which is really cool because that’s where we are in the real world. This is not like conventional politics though — the characters in House of Cards are very cynical, and at times the show can get dark. It makes for great television, especially if you’re looking for something to binge watch. This show always keeps you guessing, so expect the unexpected.

The title “House of Cards” is also a bit of a metaphor for how the show plays out. Oftentimes there are two or three issues or stories going on in an episode, but they’re all intertwined, and one small misstep sets off a chain reaction like in a house of cards. It does make the show at times difficult to keep up with, but the show always has you thinking.

While watching you have to be attentive to the dialogue or you might miss something; it makes it exciting because every piece of dialogue is important. The show also includes quite a bit of foreshadowing, which I really like and it makes us as the audience feel a bit of anxiety if we know something bad is about to happen.

As you can tell I absolutely love this show; it is my favorite show on Netflix. The story is put together well, the writers keep you off balance so you can’t predict what’s going to happen next, and that little bit of darkness that the show has really makes it great.

This show has become increasingly popular with each season it releases, and I don’t expect that to stop now. I know a lot of people who watch the show, and I’ve yet to find someone who just didn’t like it. I recommend to everybody to watch this regardless of what your interests are because this show can appeal to anyone. So go ahead, get on Netflix and start watching “House of Cards” and get caught up on all of the action.