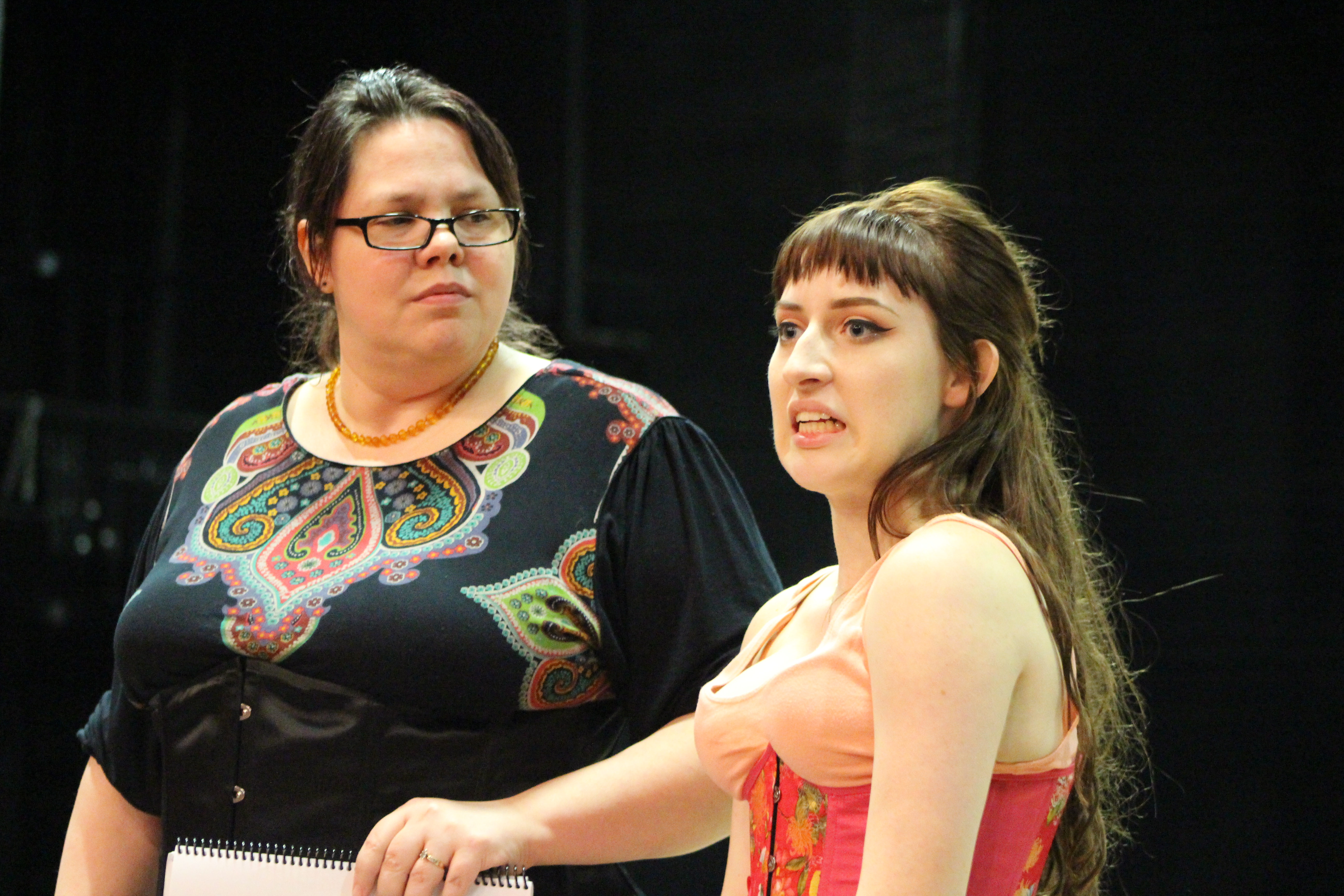 After many weeks of rehearsing, Del Mar College drama students debuted the play “Gut Girls” on Oct. 28 at the Finley Theater.

“It was a good first run,” said Jada DeDonder, who plays Polly. DeDonder was also part of the costume production crew for the play.

DeDonder plays one of many great, strong female roles in the play. Even though the circumstances are unique to these women, some of the obstacles they must overcome are the same women face today like breaking social norms, fighting for equality and spousal abuse. Still, despite all the obstacles, the gut girls keep their humor and wits about them.

The play, set in London around 1900, centers mostly on the Deptford Cattle Market District and London Suburbs. Victorian Age plays aren’t very common, but the costumes and play props added a special element to the play.

The play begins by showing the audience the bloody, foul and overwhelming working environment these women must endure every day. Then one upper-class woman, Lady Helena, comes into the shed to invite the gut girls into a women’s club to attempt to mold these working women to be more “ladylike” and sophisticated. As the play progresses, the gut girls share tales of their past and present dilemmas with the help of dramatic spotlighting.

DMC student Sarah Vela-Jasso appreciated the attention and detail that was put into the play, directed by drama professor Carl Yowell.

“You can tell the accents were well practiced,” Vela-Jasso said.

Emily Sanchez, who did a great job at playing Annie, wasn’t as nervous as she expected.

“It didn’t feel like opening night, it was just like another rehearsal,” Sanchez said. “People responded well, they were laughing on cue.”

DeDonder was surprised that it went so well even though there were a lot of new actors in the play.

“Hard work pays off,” she said.