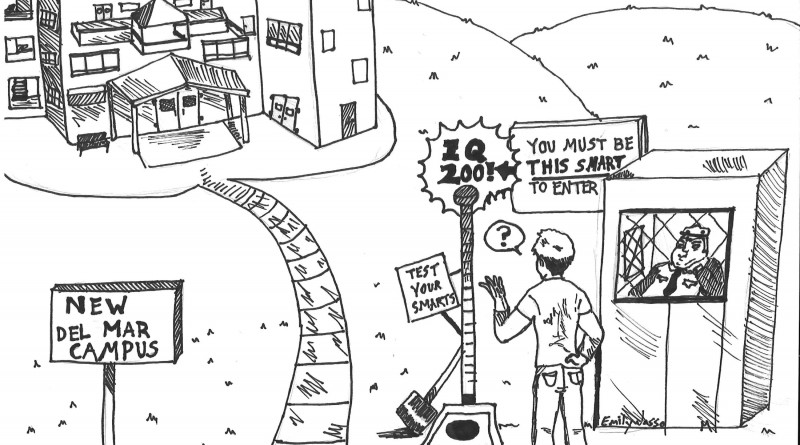 This year’s general election made history when Donald Trump won the presidency, beating Hillary Clinton with 290 electoral votes versus her 232, but aside from looking at the big picture on the national level, there was a lot of historical changes this election that happened in our community.

Out of the 106,955 ballots cast in Nueces County, 53.46 percent of voters favored the $139 million bond proposal for a Del Mar College southside campus.

Now that Phase 1 of construction will start sometime soon, the next question we should ask is what are our expectations for the future?

Del Mar College Regent Guy Watts wrote a letter to the Foghorn News and other media outlets in late October outlining his academic proposals for the new Southside campus.

Watts gave a list of proposals and a few of them are interesting suggestions. In his letter, Watts suggests Saturday high school academic competitions to attract students to the college. He also suggests weekend classes for “academic students” working full-time.

allowed, but allow all students in to the campus no matter their education level.

These proposals are impressive and could benefit the students as well as the college as a whole.

Although Watts had wonderful suggestions in his letter, his suggestion on shifting the West Campus GED/Development program to East Campus and not the southside campus isn’t the way to go.

We shouldn’t pick and choose which students are allowed and not allowed, but allow all students in to the campus no matter their education level. If the students live in that area they have every right to attend the southside campus.

It shouldn’t be about intelligence. The point of having a southside campus is to provide students better access to a quality education so they don’t have to travel 20 minutes back and forth each day.

We should expect from the southside campus more opportunities for students like weekend classes for those who work busy schedules during the week and hosting academic competitions.

Another thing we should expect is involvement from the newest member on the Del Mar College Board of Regents. Ed Bennett takes over as the new District 5 Regent after defeating Jim Boggs, who had been the District 5 Regent since 2006. His duties include overseeing the area where the southside campus will preside.

Now that Boggs has left, we should expect a lot from our new Regent. Bennett in the past has vocally expressed his strong opinion about not favoring the bond that passed to fund Phase 1 of the southside construction.

Now that the bond has passed, Bennett needs to get on board with the rest of the community. This new campus will only be as good as the people who back it. That is what we should expect for the future of the southside campus.