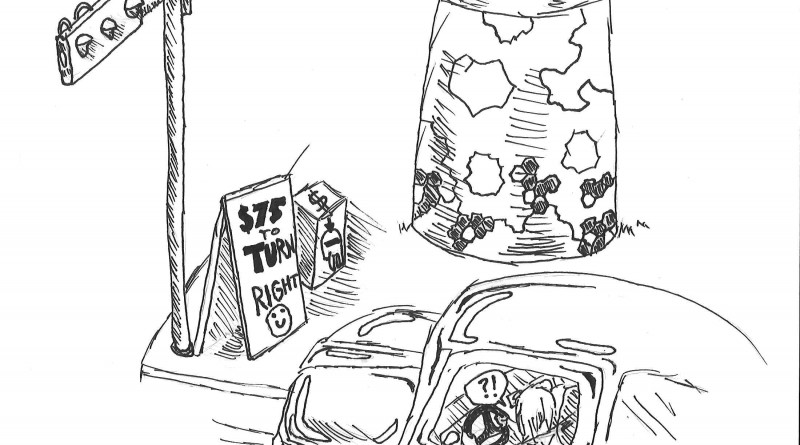 When it comes to the red light cameras that monitor several major intersections around Corpus Christi, drivers tend to be either fiercely in favor of them or strongly opposed. Some see them as a nuisance, but the fact is they are a good idea and keep the community safer.

The City Council plans to soon debate the removal of these cameras as the Corpus Christi Police Department is in the middle of reviewing the whole program. The program has lost money this fiscal year, and the low numbers have several in the community wondering if the cameras have a place in Corpus Christi. However, it’s hard to put a price on safety.

According to a study conducted by the Insurance Institute for Highway Safety in 2014, 709 people were killed and approximately 126,000 were injured in the U.S. in red light-related crashes.

Corpus Christi is currently bound to Redflex, a company that regulates the red light cameras used in the city. Corpus officials will have an opportunity early next year to renew their contract with Redflex or to end the partnership.

The City Council has questioned if it is really worth all the money to continue using the cameras. Much of the public seems to be questioning the cameras as well.

Some people see third-party companies as the real enemy behind the cameras, since they must only be in it for the money.

According to KRIS 6 News however, the revenue made by the city has gone toward improving safety in the community. This includes hiring crossing guards, funding for police training and paying for police equipment. These things help improve the safety of our streets even further.

Of course, automated cameras will not always be right. People have complained about getting a ticket for something as simple as taking a right on red. Cameras could and should be calibrated to improve their performance, which will in turn create fewer headaches for drivers.

We know people might be a little put off by the thought of renewing the contract with Redflex early next year but we implore people to think about it. Red light cameras will make people think about what they’re doing while they’re on the road. The idea that they will help make intersections is not a vain idea. Cameras are improving the safety, that has been proven, even though the system is not without its flaws.