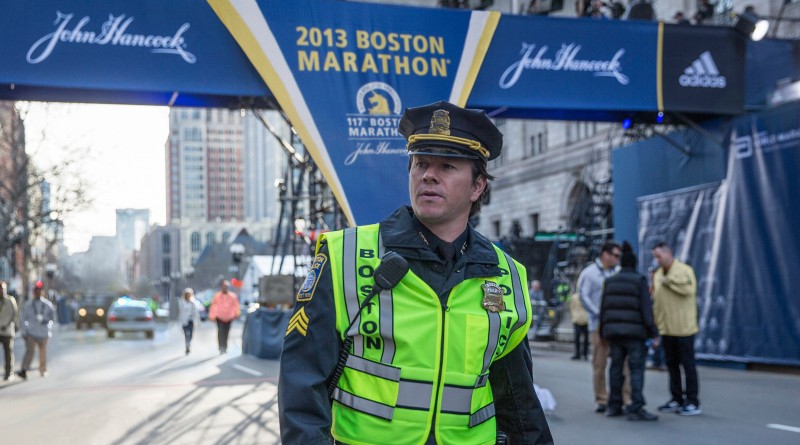 “Patriots Day” is based on the true story of the Boston Marathon bombing in April 2013, and the manhunt for those responsible for it. Director Peter Berg, who tackled another tragedy with last year’s “Deepwater Horizon,” takes great care in honoring those who were affected by the bombing, which left an impact on the city of Boston.

Brothers Dzhokar and Tamerlan Tsarnaev (Alex Wolff and Themo Melikidze) set off two homemade bombs at the Boston Marathon, killing three and injuring nearly 300. Many people were separated from their loved ones in the confusion that followed, with some bring brought to different hospitals.

FBI Special Agent Richard DesLauriers (Kevin Bacon) is assigned to investigate the bombings with the aid of Boston Police Commissioner Ed Davis (John Goodman) and Watertown Police Sgt. Jeffery Pugliese (J.K. Simmons). Sgt. Tommy Saunders (Mark Wahlberg) is tasked with interviewing the survivors to discover what they might have seen and helping them find their loved ones.

The film does a great job of making you feel as if you’re in the moment from when the explosions happened to the hunt for the Tsarnaev brothers. The film is very well acted and each of the cast members does a terrific job, including Wahlberg, who is from Boston in real life and rises to the occasion, honoring his hometown roots in the role. It also does a great job of showing how Boston and Watertown came together in the darkest hour of that year. And this film also adds depth to it, mixing actual footage from the bombing and the news reports that were going on at that time.

This is a film that shouldn’t be missed out as “Patriots Day” is one that needs to be seen by many.