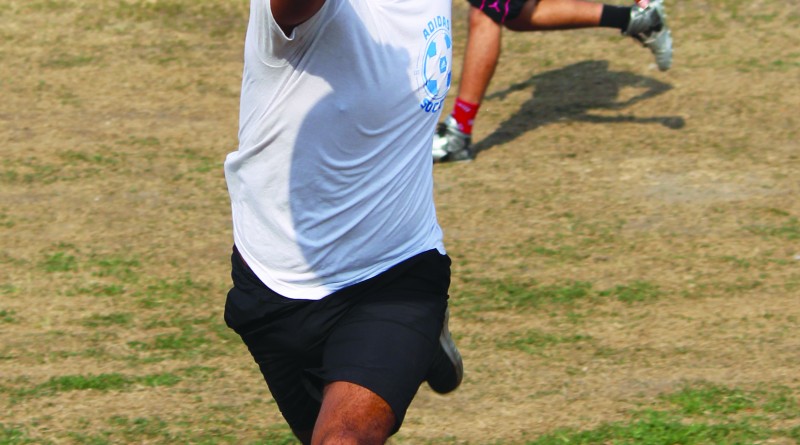 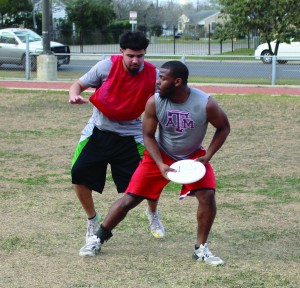 “Got a Frisbee? Let’s play ultimate!”

That was the way the intramural Ultimate Frisbee championship game was started, and who knew throwing a Frisbee around could get so intense?

After two days of exhibition matches that were more for learning how to deal with the wind, the final game between Team JRC and Team Disk-iples came with controversy and tragedy.

Team JRC started with the Frisbee going against the wind, which is a huge challenge as the Frisbee’s direction is mostly decided by the wind. Against the odds, JRC was able to score midway through the first half as Bailey Barrera found Gavin Trevino to go up 1-0 but that score was quickly changed as two turnovers by JRC gave the Disk-iples double opportunities to score. They took advantage by having Roland Olivarez find Dom Rocha both times to make the score 2-1 at the half.

The start of the second half was filled with confusion as the Disk-iples had made it all the way down the field and a catch by Gage Freeland appeared to be a score but JRC members Tevin Battle and James Craig disputed the claim, saying Freeland dropped the Frisbee a yard before the endzone. With no referees around to decide the ruling a mutual decision to start at the middle of the field was found. The Disk-iples were riding their momentum as they scored again by a pass from Olivarez to Rocha. As time started winding down JRC really got it together with two scoring plays, one from Craig to Battle and the other from Trevino to Battle tying the game at 3-3.

The final minute of the game came with another Olivarez to Rocha connection to make the Disk-iples go up 4-3, putting all the pressure on JRC to at least tie the game. Craig took one final throw from behind midfield to Battle and it seemed the Frisbee stayed in the air for forever as time expired with Battle snagging the Frisbee just 2 yards away from the endzone with Trevino wide open waiting for the next throw. If only there was 2 more seconds to spare Team JRC would have tied the game but nonetheless Team Disk-iples earned their victory and collected their Intramural Championship T-Shirts with pleasure.

Champion Roland Olivarez felt he could have done better.

“It was pretty easy. I wasn’t 100 percent this whole game because I’m sick and if I was fully healthy the game wouldn’t have been that close,” he said.

Next up for intramurals is flag football, which starts Feb. 7.