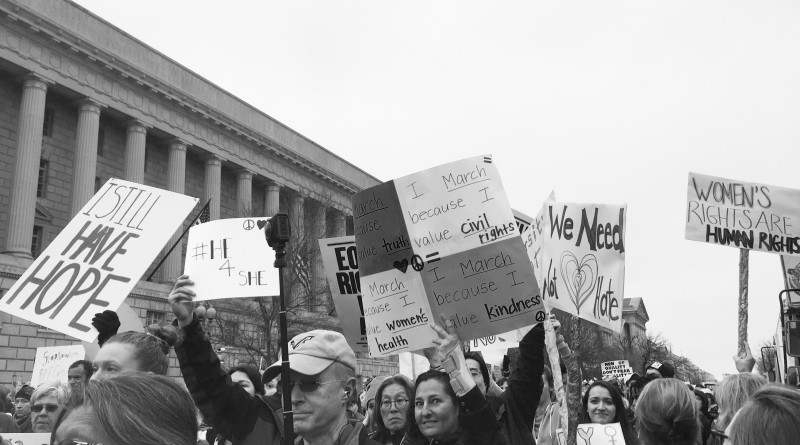 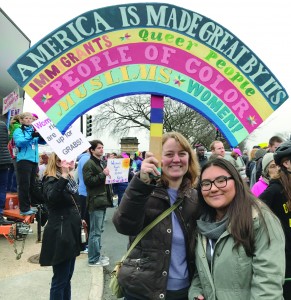 Even after a seven-hour delay and a bus breakdown, many Collegiate High School students experienced historical events firsthand while attending the Inauguration.

Student Heaven Lee, 16, expressed uneasiness as she was in a crowd full of mixed emotions during the swearing-in of the 45th president.

“I felt very awkward, because I didn’t personally support him or his views on a lot of things,” Lee said of President Donald Trump.

Lee stood far back in the crowd witnessing the transfer of power.

“They were all cheering for him and excited that Trump was becoming president and this made me sick to my stomach,” Lee said.

The inauguration was not the only significant event that occurred while in Washington, D.C. The following day, on Jan. 21, students attended and participated in the Women’s March.

“I don’t think I’ll ever forget that because it was like we can come together as America and change something that we believe in,” Robles said of the Women’s March.

“It was really empowering and heartwarming to see so many people, men and women, all rallying together to let their voice be heard,” said senior Jerenie Garcia, who participated in the march.

As students walked in the protest, Garcia explained the warmth she felt.

Clarissa Juarez, a junior, took note of all the protest signs.

“There was very visual images of womanly parts, representing that we can do what we want to do with our body parts without being judged,” Juarez said, detailing the scene.

Lee reported the Women’s March made her feel powerful, like she had a voice.

”It reassured me that not everyone in the world shared the same ugly feelings of hate toward certain groups of people,” Lee said.

According to adviser Andrew Martinez of the history department at Collegiate High School, the entire trip was a living government class.

“It’s one thing to teach about history, but it’s another to witness history,” Martinez said.

Martinez said he used the protest to highlight the First Amendment in a way he could never teach in a classroom.

“I learned that democracy is very important, because citizens come together to elect a group of people who will make decisions for our country,” Lee said.

Lee said she had an eventful experience with friends witnessing the inauguration.

“Even though I don’t support who was being sworn in, the experience made the trip worth it,” Lee said.