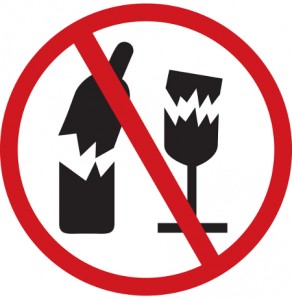 For the second year in a row, beaches on Padre Island will be subject to alcohol restrictions.

“Possession of alcoholic beverages will be restricted on the beach between 6 p.m. and 7 a.m. during the week of March 11-19, 2017,” according to a news release from the Port Aransas Chief of Police Scott Burroughs.

There has always been a curfew on Port Aransas beaches for consumption, but the past two years the City Council has voted to move it up from midnight to 6 p.m.

Many local businesses are not opposed to this change. Jimmy Cummings, operations director for Stingrays Taphouse and Grill, called the ordinance a good thing for the community.

“It (spring break) has gotten out of hand in previous years,” he said. “We want families to come and to be safe. This drives the money back into the local economy and we have less violence and less DUIs.”

Cummings also stated that he feels the intent of the law is not to ruin a good time but to keep things under control. He said police will use the new rules as a way to disperse large parties, not small quiet gatherings, and that spring breakers should “behave yourselves and we’ll be all right.”

Del Mar College student Guillermo Martinez said he agreed with the alcohol restrictions but worries about the breaking up large parties.

“The part about the alcohol is good, that’s just safety,” he said. “At bars you get cut off but you should still be able to play music and have a good time.”

“A lot of times loud music and a lot of people go hand in hand with alcohol though, so I understand,” Cantu said.

Both said the restrictions will likely be good for the local economy and overall safety of the spring break crowds and full-time residents.