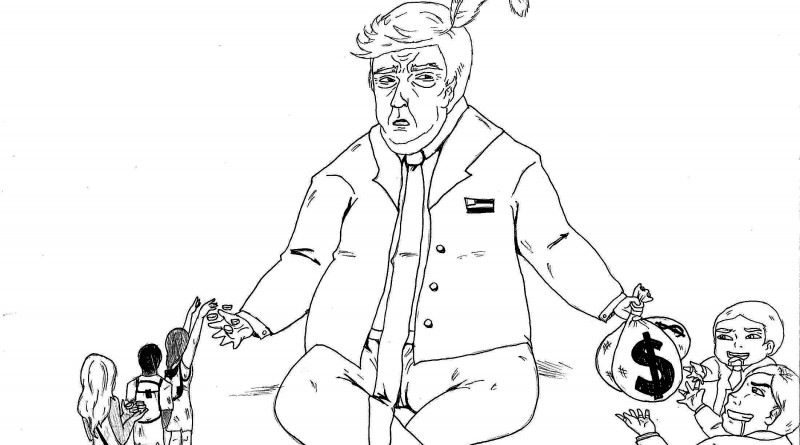 President Donald Trump plans to make cuts to numerous government programs as part of his effort to “drain the swamp,” and education has found itself in the firing line. Trump has proposed pulling from the Pell Grant surplus that was created when summer Pell Grants were taken away.

While Trump says he will be making a more stable future for the Pell Grant system, he would actually be harming the poor and making it harder for people to get an education. We find it alarming that so many wealthy politicians with Ivy League educations seem to find college funding for the poor so unnecessary.

The proposal that Trump has made would include slashing the surplus by one-third, and the overall education budget by 13.5 percent, adding up to more than $9 billion. The state of Texas is already making it harder for schools to get state funding. Education becomes more costly and funding will become scarce if we stay on this path.

Del Mar’s highest ever enrollment numbers, in 2012, corresponded with the short period of time that summer Pell Grant funding was available. Having access to grant funding means many can finish college sooner and start working toward a better life.

A lot of these cuts will more heavily affect low-income residents. By not being able to receive grants for school, people are forced to either obtain loans or drop out of school. In today’s job market, more and more people are finding a degree to be vital. We should be making education more accessible, not less.

Plain and simple, a man who cannot spell “tap” correctly has no business sticking his head into education regulations or funding. By cutting education funding, Trump works against his promise to create not only more jobs, but better jobs for America.

Cutting education spending would create problems that would extend for many years. A decrease in degrees could quicken the demise of the already shrinking middle class and lower the quality of jobs available to already low income people creating a never-ending cycle of poverty for their families.

Education is the driving force behind the advancement of society and it is up to us to ensure that access to education for the poor will not be gutted in some partisan pissing contest.

Nobel Prize laureate Malala Yousafazi was shot in the face by the Taliban for trying to get an education — the least we can do is contact our elected officials and tell them not let Trump cut education funding, especially that aimed at the poor.