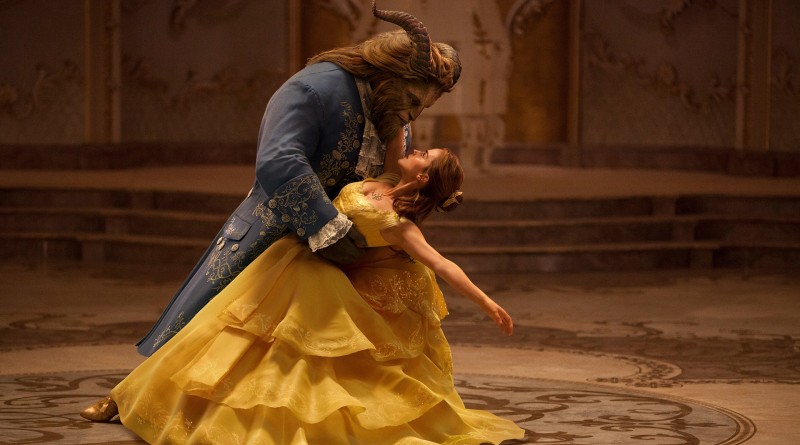 I knew I was going to be in a theater full of little kids, but I didn’t care. Plus, I did see people my age in the theater as well because this film was definitely going to bring in people of all ages. The live action “Beauty and the Beast” has been the most anticipated film since it was first announced in 2015. The original 1991 animated version becomes a reality with Emma Watson as Belle, Dan Stevens as the Beast, Luke Evans as Gaston and Josh Gad as LeFou.

The film includes the cast singing some of the iconic songs of “Be Our Guest” and “Beauty and the Beast,” which the creators could not pass up the opportunity to do. They also incorporated some of the music from the Broadway play and created music that was not from the animated version. All the cast, even the extras, did their own singing.

One thing I wish I would have done was watch the animated version before the live action one because the film fills in the plot holes that the animated movie did not answer: How did the villagers forget about the Prince/Beast and the castle, and why was Belle’s father held as prisoner. The live action film clarifies the story to better answer these plot holes that the animated version did not answer. Recently on the news there has been controversy for a gay scene in the movie. Honestly, the scene was really short and only showed two men dancing together at the ball. Before they released the film, the creators showed it to a test audience of mothers and their only concern was a scene that ended up being re-shot; they had no objection to two men dancing together at a ball.

Emma, Dan, Luke and Josh have such great chemistry on screen with one another along with the extras. Josh said, “There were no small roles in this film,” and when I saw it I could tell that the extras had to put in the work for this role. Watson is Belle and made her a little bit different to fit her definition on who Belle is — an active young woman who did things herself especially for the time period the film is set in.

I was worried about the filming delivering because it had high expectations to be amazing. Some films build on the hype but fail to deliver or fall short. That wasn’t the case with “Beauty and the Beast.” The film was beautifully created with amazing cinematography, a wonderful cast, and it keeps to the original story. Belle is my favorite Disney princess and my 20-year-old self really, really loved the live action film. It was well worth the wait.