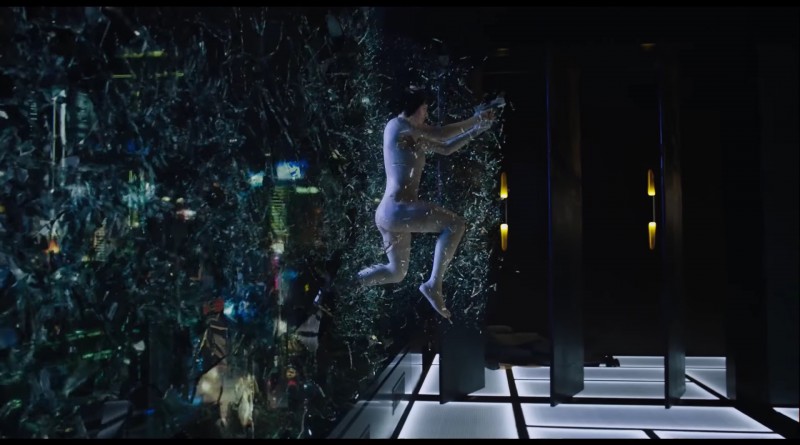 Scarlett Johansson takes on the futuristic world as Major in “Ghost in the Shell,” based on the popular Japanese manga by Masamune Shirow and anime film in 1995 of the same name. Rupert Sanders, director of “Snow White and the Huntsman,” takes on the American adaptation of the beloved series with his second directorial role in five years. When the film was announced with Johansson as the lead fans of the series were outraged, accusing the film of whitewashing. Despite some odds, this film manages to get the feel of the series right despite some flaws.

In the near future, Major has been created by Hanka Robotics as their secret project of integrating a human brain with a mechanical body, making her more advanced while maintaining her functions as a human. She is trained as a counter-terrorism operative working for Section 9, an anti-terrorist group led by Chief Daisuke Aramaki (Takeshi Kitano). While trying to find a mysterious hacker responsible for the murder of senior company researchers of Hanka Robotics, Major experiences glitches in her programing that makes her question how much she really knows about her past. She must try to bring down who is responsible for these murders while trying to figure out her past and how she came to be.

This film is one of the best looking movies of 2017 so far. Sanders seems to have taken inspiration from the anime film as it looks and feels like watching the animated series but in real life. The city depicted here is gorgeous as the shots are very beautiful and pull you in the setting. With films like “Speed Racer” and “Dragonball Evolution” failing to make the jump from anime to live action, this is one of the better adaptations so far. The action sequences are well filmed with not much use of shaky cam, and the film uses slow motion similar to the style of action that films such as “The Matrix” and “300” have had.

The film has come under major controversy since the character of Major is an Asian woman, sparring accusations of whitewashing because Johansson is white and American. There have been reports of the studio using CGI to make Johansson look Asian, which had cause even worse controversy, resulting in those tests being scrapped. Johansson does a great job portraying the role and getting the feel of a cybernetic human down correctly and is convincing in the role, making this backlash unnecessary. However, the film does suffer from some slow scenes that feel like a drag with its hour and 16 minute runtime. The film’s story will go over some people’s heads not familiar with the source material, causing some people to check out.

Despite the controversy surrounding it, “Ghost in the Shell” is worth checking out and some fans of the original should be pleased with the outcome of the film while those who aren’t familiar with the series might be lost but will enjoy the visuals.