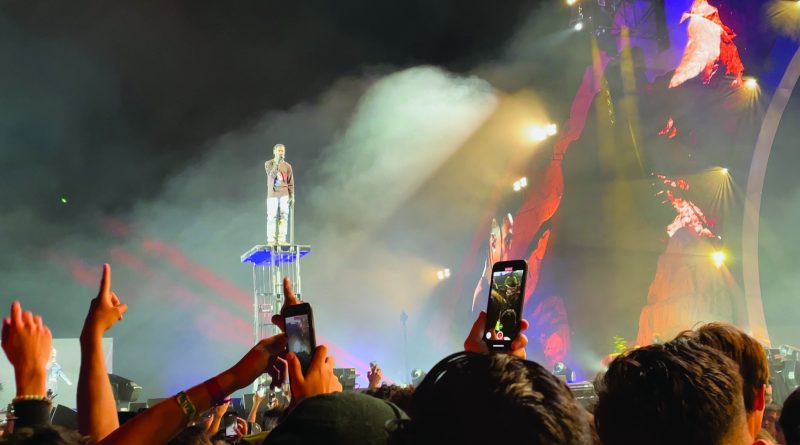 Ten people were killed and more than 300 injured during rapper Travis Scott’s Astroworld festival on Nov. 5 at NRG Park.

More than 50,000 people attended what was supposed to be a two-day festival, which began Nov. 5. This was the third year of the festival. The event was cut short when the crowd surged at the beginning of Scott’s performance.

His performance was originally scheduled from 8:45-10:30 p.m., though Scott did not take the stage until 9 p.m.

Attendees were eager for his set, leading to a crowd surge around 9:38 p.m. Scott stopped performing after an individual passed out at 9:42 p.m. in the VIP section.

He told individuals in the crowd not to touch the person while he called on security to assist the man.

He then proceeded with the show.

The victims ranged from 14-27 years old.

“I’m absolutely devastated by what took place last night,” Scott said the following day on Twitter. “My prayers go out to the families and all those impacted by what happened at Astroworld Festival.”

Scott said he was not aware of the severity of the incident when he continued performing.

“Houston PD has my total support as they continue to look into the tragic loss of life,” Scott tweeted.

According to the Houston Chronicle, 367 police officers and 241 security officers were at the Astroworld event.

The Houston police and fire departments held news conferences the night of the tragedy and the following day to announce they’re investigating the cause of deaths and injuries.

Scott and event organizers are now facing numerous lawsuits from concertgoers and victims’ families, along with rap artist Drake, who also appeared during Travis’ set.