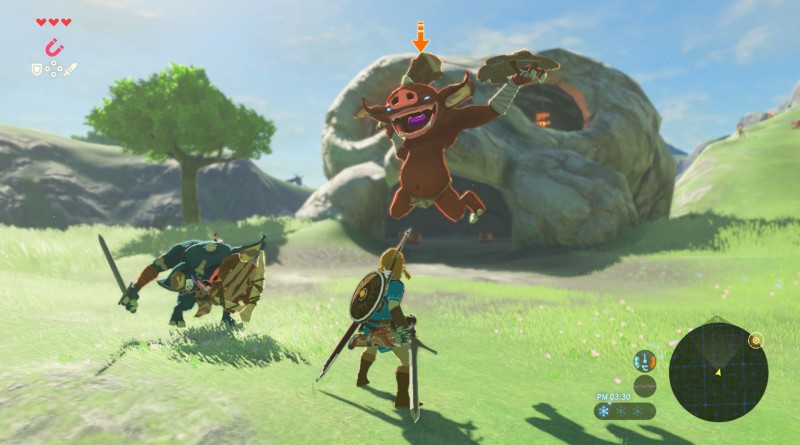 Imagine if there was a way to make an already amazing classic videogame franchise better. That’s what the world got when “Legend of Zelda: Breath of the Wild” hit stores.

In “Breath of the Wild,” Link awakes from a 100-year sleep Zelda put him in and then using Sheikah technology finds all the sacred temples and their shrines. By doing this he slowly gets all his memories back and becomes closer to his ultimate goal: helping Zelda restore order to Hyrule by defeating Calamity Ganon.

This game also pays beautiful homage to the other Zelda games by reintroducing Link, Zelda and Ganon in new ways. Link’s journey to accomplish his goals in the game is unlike any other: vast, fascinating and above all memorable. Watching Link regain his lost memories only pulls you into the story more so you know how he got where he is and finally to save all of Hyrule.

Then there is Zelda, who has been seen as a princess and a scholar in previous Legend of Zelda games. In “Breath of the Wild” they show the inner conflict and balance Zelda has between these versions of herself. Finally, Ganon is back and more menacing than ever as Calamity Ganon. This version of Ganon has the power to corrupt and manipulate even the most powerful beings. They also introduce even more new, important characters as well: Mipha, Urbosa, Daruk, and Revali. A lot of time and love went into making this set of characters and throughout the game it becomes more and more apparent.

Each personal relationship between the main characters is given a great deal of thought. The Kingdom of Hyrule is as diverse as it is beautiful, consisting of the lands ruled by the five races: Zora, Gerudo, Goron, Rito and Hylians. The layout of the areas allows you to go anywhere because you can start anywhere. The player chooses an area and builds their way up to the top then starts again in the other areas.

Another amazing feature is the voice acting, a first for the Legend of Zelda series. The voices give depth to the characters we never had before and deepen Link’s, as he still remains the silent hero. In Legend of Zelda you always find key items by finishing different areas and in this version Link has an item called a Sheikah Slate. The Sheikah Slate plays into the mystical, ancient worldly theme while also strongly resembling a modern day tablet. You can take pictures, locate areas and items, and use this new feature called runes to help you solve puzzles in the game.

Legend of Zelda games are always improving so it’s been hard to imagine anything making the series better, but this game makes it a beautiful reality.