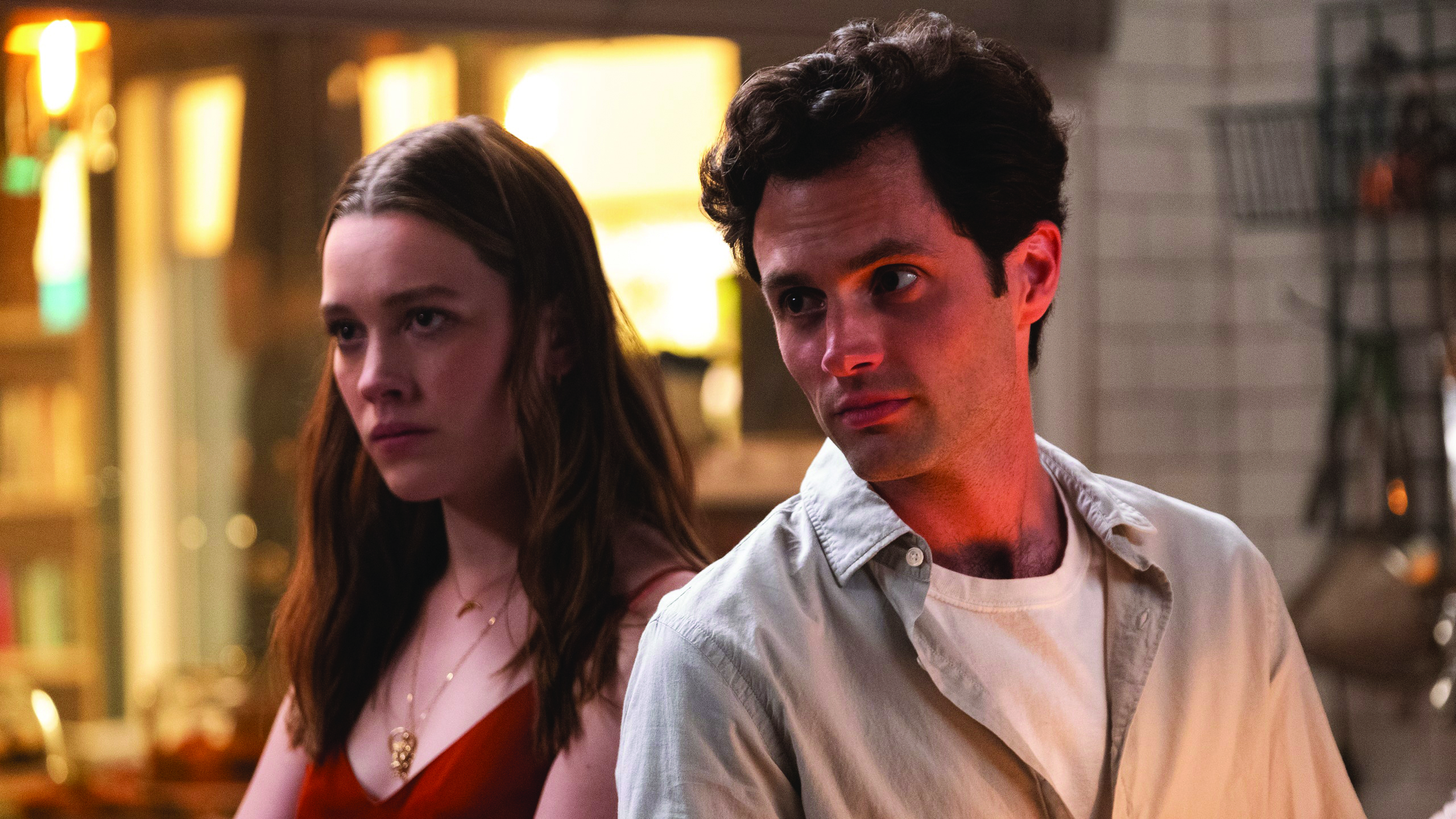 Netflix recently released Season 3 of its popular original series “You.” The previous two seasons have been filled with twists and turns that kept fans on the edge of their seats.

At the end of Season 2, it seemed as if Joe (reprised by Penn Badgley) had met his counterpart in Love (Victoria Pedretti). However, there is still a void in Joe’s life. After Joe and Love marry, they move from Los Angeles to a suburb outside of San Francisco called Madre Linda.

Season 3 picks up with Joe developing an unhealthy obsession with his new neighbor Natalie. Joe returns to his old habits but is more calculated than in previous seasons. On the other hand, Love frequently goes with her first instinct, which leads to complicated situations for the couple.

Along with Natalie, there are other new characters introduced to the series. These include Natalie’s husband, Matthew Engler, and his son, Theo, who become an integral part of the season as it goes on. Joe also meets his new coworker Marienne (Tati Gabrielle), who works with him at his new library job.

In this newest season, Joe’s and Love’s characters work in tandem to let their intense presence be felt by the viewers. The show becomes less focused on Joe and more on the couple as a whole.

Compared with previous seasons, Season 3 takes some time to get going. The integration of new characters slows down the action process at times, which loyal viewers may not be used to. This slight decrease of action can also be attributed to the character development of Joe specifically. While this isn’t to say that Joe is a changed man who can do no wrong, most of his evil doings are a direct result of Love’s actions.

Season 3 goes through stretches where it lacks the spark of the first two seasons, but the fiery ending helps make it memorable.