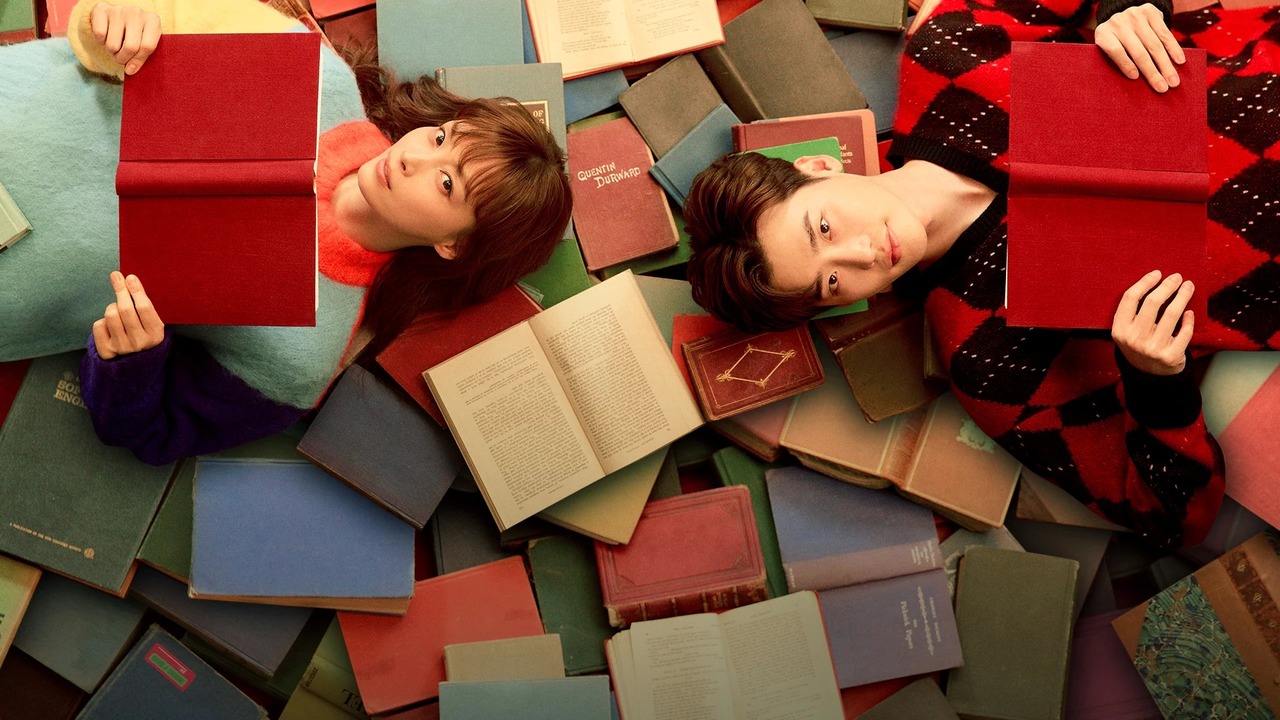 Netflix proves love is indeed the universal language with its new South Korean series, “Romance is a bonus book.”

This cute and comical, subtitled show is about two friends, Cha Eun-ho and Kang Dan-i, and their true love for each other along with stories about the people who are part of their everyday lives.

The series start with Kang Dan-i’s wedding day where she ended up marrying a total loser. Together, they had a child and shortly after, they divorced, leaving Dan-i alone to take care of their child. Dan-i was a housewife, had no working experience and had to send her daughter away to school so she can focus on landing a job. A year later after her divorce, she had no luck and eventually lost her home.

With nowhere to go, Dan-i does everything she can to support her child. She even manages to houseclean for Cha Eun-ho without him knowing it was her that he hired to be his housekeeper, which was one of the comical parts of the series.

Cha Eun-ho, as a little boy, was walking across a street from school and was about to get hit by a car. Suddenly, Dan-i pushed him to safety and ends up getting hit by the car. Eun-ho visited Dan-i in the hospital and became her “caretaker” and helped her with what she needed.

From then on, they became best friends and Eun-ho developed feelings for her. Unfortunately, she only saw him as a brother and ended marrying someone else. Eun-ho, heartbroken, began to not believe in real love.

Struggling to find a job, Dan-i had to do the unthinkable and tweak her resume to land a marketing job. People would not hire her because she was a housewife for so long, no matter what experience she had beforehand. People despised her for trying to make a comeback from being a housewife.

That part had a great life lesson, showing a woman who told Dan-i, to her face, that she was not allowed to do that and made her feel hopeless. Dan-i, being as strong as she is, did not give up on her chances of having a career in marketing. She eventually was hired into a position that got her foot in the door of a publishing company. She saw that as an opportunity to work her way up to a marketing position.

One day, Dan-i experienced the worst of her hardships. She lost her heel, which caused her to miss an interview. She had nowhere to go since the house she was staying at, her old home, was set to be torn down. Left with a green onion plant and what she had left, it started to rain. Barefooted, drenched in drunken emotions and helplessness, destiny brought her to a man, Ji Seo-joon.

Ji Seo-joon found her shoe and the other pair that she saw no point in keeping anymore. He had been looking for her all day to return her shoes that he had repaired. Stunned by the act of kindness, she gave him her green onion plant. Ji Seo-joon was fascinated by her words of wisdom and kindness that he instantly developed curiosity about her.

As time went on, Eun-ho, now editor in chief of a publishing company, soon finds out what Dan-i had been facing this whole time, takes care of her, and helps her get a job at the company. Ji Seo-joon, who is a graphic designer in publishing, kept running into Dan-i and eventually insists on taking her out on dates, which Eun-ho did not like.

Since Eun-ho was so used to being cold hearted to the many women he dated in the past, he struggled to come forward with his true feelings for Dan-i, taking him a while to do so before letting Ji Seo-joon and Dan-i move farther into their relationship.

This love triangle series provides good wisdom, life lessons, and sets examples of grace. From the struggles Dan-i had to face, to Eun-ho building up the courage to telling Dan-i about how he feels about her, this show is one of many sweet and comical Korean series that captivate the different aspects of love and kindness.