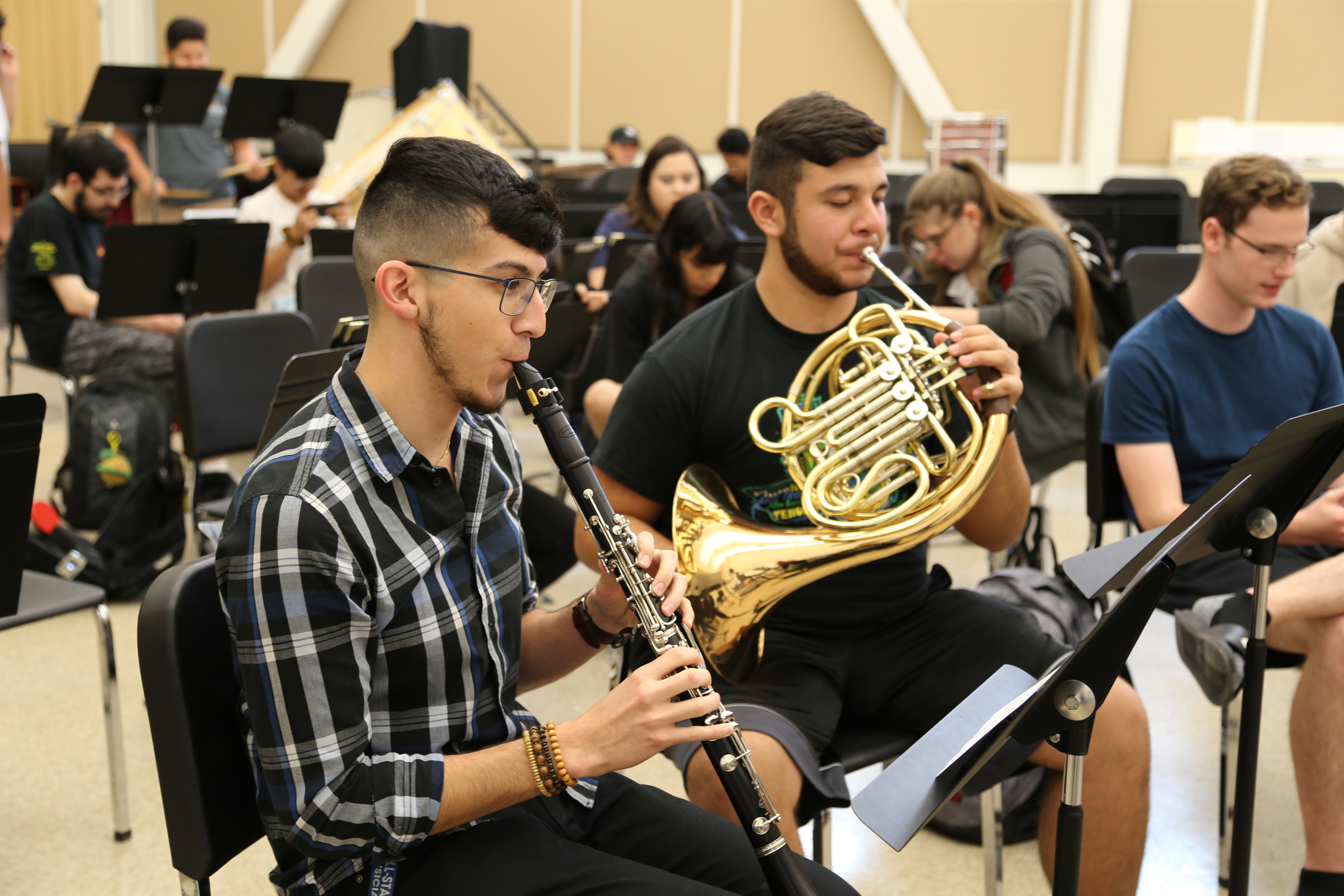 “It is a great feeling knowing all of your hard work and dedication towards music pays off and gives you something to look forward to, while bringing you one step closer to where you want to be in your music career,” said Manuel Jasso, All State Symphonic Band recipient.

According to tccbda.org, the audition process begins in late July when the students record their auditions and send them in to be judged. Students will then hear back with results in mid-November.

“The purpose of TCCBDA All State Band is to promote the lives of student musicians looking into music as a profession. It takes diligent effort, countless hours of practice, and detailed recording sessions to accomplish such goals,” said Abel Ramirez, Assistant Professor of the concert band.

In addition to the Symphonic Band selections Joel Hernandez, DMC principal clarinetist, was just named the winner of the TCCBDA Concerto Competition. According to Ramirez, Hernandez has put in his time in practice, and with the help and mentoring from his studio teacher Professor Bill Lipman, he has succeeded in achieving this high honor. There are kids that enter to compete for these awards from a variety of colleges and universities, so to be chosen out of all the contestants is a major accomplishment.

Hernandez will also serve as the featured guest soloist during the 2020 TMEA/TCCBDA All State Band Convention/Concert, which according to the Ramirez, will be held at the Henry B. Gonzalez Convention Center in February 2020.

According to tccbda.org, the selected honorees will go through a series of rehearsals before finally performing at Drury Plaza Hotel: San Antonio Riverwalk in San Antonio, Texas.