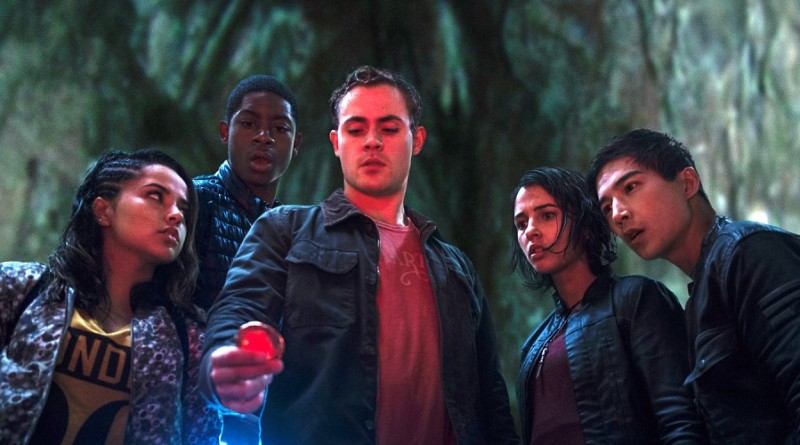 Five unsuspecting teenagers with attitude — as Zordon used to call them —harness the energy of the Power Coins to fight Rita Repulsa and Goldar and their addiction to destroy the planet in the new “Power Rangers” reboot. The movie does well in honoring the franchise, seeing as how the very first villain the Rangers ever encountered, in 1993, is Rita. Zordon and Alpha 5, both from the planet of Eltar, have not seen Rita in over 10,000 years. The loveable teenagers from 1993 are back and agnsty as ever.

Jason Scott (Dacre Montgomery), Kimberly Hart (Naomi Scott), Billy Cranston (RJ Cyler), Trini Kwan (Becky G) and Zack Taylor (Ludi Lin) attend Angel Grove High School and are all in a precarious time in their lives. They meet Zordon and Alpha in relationship that will change their lives forever. They begin a battle against Rita, one that will continue for years to come. Rita, with the help of Goldar, searches and tries to gain control of the Zeo crystal and the Rangers must stop her.

There is a surprise at the beginning of the film that hard-core fans will love. Elizabeth Banks as Rita captures the original nastiness of Rita Repulsa and make the character her own, and it is a joy to see. It was excessive villainy, but, hey, I’ll give her points for style. Bill Hader as Alpha 5 was just plain adorable. He unlocked a dimension of humor in the film that fans have never seen from Alpha. By far my favorite select choice was probably Bryan Cranston as Zordon. Cranston, with his stacked resume, brings his veteran acting skills and a forcefulness and believability to the character.

In the film when it comes to the action sequences there were too many jumps and quick cut scenes. During discovery, the Rangers spend probably the first 45 minutes of the film complaining about their lives. And that energetic phrase that the Power Rangers are widely known for — “It’s morphin’ time — well, you won’t hear it here. Another thing when Jason is complaining about his father being too harsh on him and talking about Rita, he goes so far as to call Angel Grove a “bullshit” town. But yet in the very next sentence he has a desire to save it.

I found it very strange that all five of our heroes with the exception of Kimberly came from dysfunctional families. Dean Israelite and David Gatins at the helm of the film didn’t resonate with me. These were not lovable teenagers and I hated them all really with the exception of Kimberly. Billy in the film having autism has absolutely nothing to do with his actual character. Also, I don’t care that Trini is questioning her sexuality.

The power geeks seemed to be stuck in one of Rita’s dark dimensions. Hollywood keeps trying to sell us this illusion of progress and the so-called mission of breaking down barriers like we really don’t live in a free society. It is 2017 and it’s not edgy or provocative to be homosexual anymore. I just want to enjoy a movie without being politicized or propagandized. Hollywood’s only job is to entertain the audience.

The “Power Rangers” reboot for the most part kept with the original premise of the series. The film was lighthearted and funny at times. It seems like our heroes should have tried to escape badlands of 2017 rather than fighting Rita and Goldar. I hope the films to come are much better, especially with the Green Ranger in the sequel. This was at best lackluster and never shifted into turbo. I would watch the film mainly because of the films to follow.