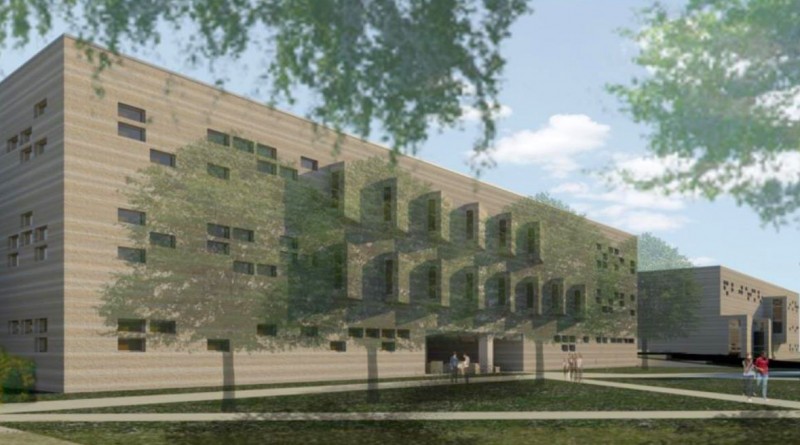 Regents on April 11 selected a contractor for the second phase of the General Academic and Music Building Phase II.

Bartlett Cocke/Beecroft, a joint venture, was recommended by the evaluation committee to the Board of Regents. The contractor was approved unanimously by the board for the $45 million project.

Three firms were considered by the committee.

“There was no bad choice,” said David Richter of Richter Architects. “Really all of them should be commended for the level of effort they [gave].”

The East Campus project is on track to be completed by August 2019, according to the Board of Regents agenda.

August Alfonso, chief information officer, said the base bid for the general contractors was $45,375,000.

“We are in a great place right now,” President Escamilla said, “but we want to be careful as we move forward.”

Construction for the General Academic and Music Building Phase II is expected to begin May 1.