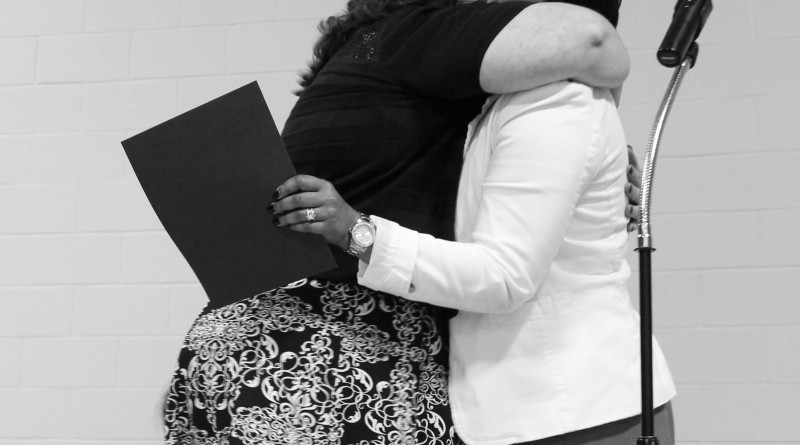 The college honored its best and brightest students and staff at the 66th annual Recognition Day ceremony.

Held at the West Campus dome, the event recognizes students from each academic program who won an award, as well as students involved in extracurricular activities, those being inducted into the Hall of Fame and outstanding faculty.

Beth Lewis, vice president of academic affairs and provost, introduced the event, congratulating them on their hard work.

Glen Allen Ellis and Janice C. Spigner from West Campus, along with Billy Bob Long from East Campus, were honored as instructors of the year.

Tearing up, Long said that he “did it all for his students” and that he felt this is where he truly belonged in life.

Ellis and Spigner also added to this sentiment, and thanked their students for voting for them.

Faculty advisers Jennifer Sramek, of East Campus, and Epitacio Carpentier, of West Campus, were recognized for their work as well.

The SGA, Phi Theta Kappa, Vocal Viking and Foghorn News were all recognized for their recent work and awards.

Speech professor Sarah Contreras spoke for the Hall of Fame Inductees and told the audience about their work and accomplishments. Marjorie Bryant-Sparrow, Brittany Lee Claramunt, Meagan Lee Falcon, Kenneth S. McGraw, Susana Diana Samayoa and Karl Valerdi were inducted into the Hall of Fame for the 2016-17 school year.

“You can teach an old dog new tricks,” said Bryant-Sparrow, a nontraditional student.

Claramunt said the hard work was worth it.

“I feel like every sacrifice I’ve done, every sleepless night I’ve had and every opportunity I’ve taken has led up to being recognized, even though I wasn’t working towards being recognized, it’s just my work ethic,” Claramunt said.