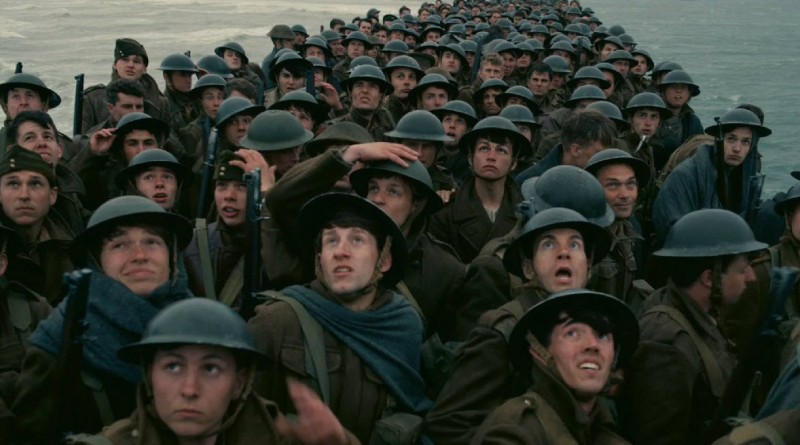 Famed director Christopher Nolan tells the story of the biggest evacuation in France during World War II in “Dunkirk,” for which he also wrote the screenplay. A film based on a certain part of the war can be tricky and risks offending audiences for glorifying war. Nolan has tackled superheroes, magicians and even interdimensional space travel, and with “Dunkirk” he can now add World War II to his resume.

The film tells the story in three sections during the battle of Dunkirk, one of which is the story of a young British private, Tommy (Fionn Whitehead), who comes across a man named Gibson (Aneurin Barnard) as they unsuccessfully try to get on a boat to be evacuated. They rescue Alex (Harry Styles) after the evacuation fails, so they must be able to get across every obstacle in hopes of getting back home.

While the war is going on, the Royal Navy is commandeering private boats to help evacuate the soldiers off Dunkirk. Mr. Dawson (Mark Rylance) captains the boat himself with his son and their helper George (Barry Keoghan) impulsively joins them, hoping to lend a hand in this journey. On the way to Dunkirk, they rescue a shell-shocked soldier (Cillian Murphy) who doesn’t want to return as he fears death and they have to deal with him while trying to aid in the evacuation.

In the skies of France, two fighter pilots, Farrier (Tom Hardy) and Collins (Jack Lowden), and their squad leader travel to Dunkirk to provide air support for the troops evacuating the beaches. However, they must be able to manage their fuel before having to return to base. When an event causes them to fight, Farrier must lead Collins in the operation and provide support for the troops while managing their fuel.

From scene one, you are immediately pulled in as it lets you know right off the bat you are in for an intense war film. Although not as brutal and graphic as the opening scene in “Saving Private Ryan,” it is still intense and the sound design makes you feel as if you are with these soldiers trying to survive. From the gunshots and the sound from the fighter planes Nolan does an excellent job in making this a realistic war film all while respecting the event and not glorifying war. Cinematographer Hoyte van Hoytema, who has worked with Nolan on “Interstellar,” does an excellent job on making the film look good and the visuals stand out and is one of the cinematographers to lookout for.

The film focuses more on the event rather than the characters, which can hurt a film, but in this case it works to its advantage and immerses the audience in the film. Some audiences may be confused on how the story is told as it jumps around to explain how certain things happen in the film. But thankfully, it’s real easy to piece together. Hans Zimmer composes an excellent soundtrack that stands above the greatest musical scores in a film and it is definitely worth purchasing the film’s soundtrack.

With “Dunkirk,” Nolan proves once again why he is one of the most successful directors working today as this film is worth seeing in theaters and IMAX. Although Oscar-season films usually come in the fall, it may have come a bit early with this one.