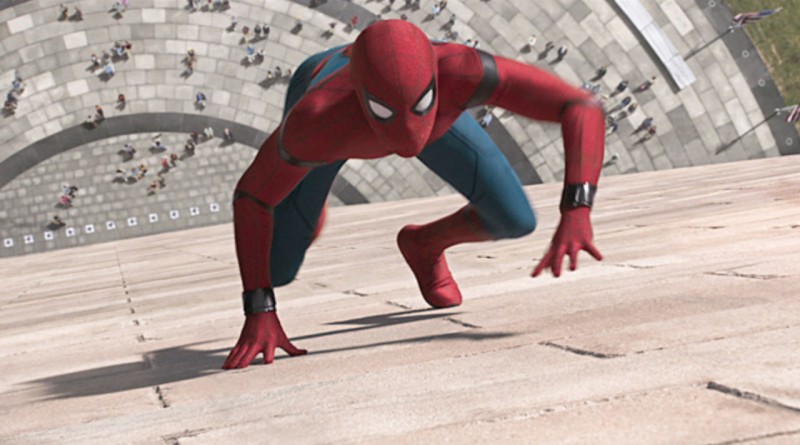 Marvel’s web-swinging superhero has once again returned to the big screen after an appearance in “Captain America: Civil War” for its third incarnation in “Spider-Man: Homecoming.” Tom Holland once again reprises his role as the web-head. Sony and Marvel Studios have teamed up to give a fresh new take on the superhero with director Jon Watts at helm. Fans were pleased in his appearance in “Civil War,” but many wanted to see more and this film has a spot among the Marvel Cinematic Universe.

After taking on Captain America’s team in Germany, Peter Parker anxiously awaits a call from his mentor, Tony Stark (Robert Downey Jr.), for his next mission with the Avengers. He balances his high school life while being Spider-Man stopping small-scale crimes such as a man stealing a bicycle. But Peter soon faces the greatest threat as scavenger Adrian Toomes (Michael Keaton) and his group of henchmen are planning a heist involving very powerful weapons that aren’t of this world. After being told to stand down by Stark and let the Avengers handle Toomes, Peter sets out to put a stop to this threat and prove to his mentor that he’s not just a kid while balancing his high school life.

After making a strong first impression in “Civil War,” Holland once again proves he was born to play Peter Parker and Spider-Man. Having his own standalone movie showcases what he can do in the role and is guaranteed to be in the role for a good while. Keaton manages to be a menacing as the villain and isn’t the stereotypical, “I am evil, kneel before me” attitude that most villains in the MCU has had recently. His backstory gives the audience an understanding of why he does the things he do and it is told clear from a flashback and a twist that will take people by surprise.

The thing this film does right is showing that Spidey is just a regular teenager which both Sam Raimi’s trilogy and Marc Webb’s reboot both glossed over after a certain point. It shows you what the character has to go through with trying to stop the bad guys while trying to make it on time for a quiz or a high school decathlon tournament. Another thing he goes through is thinking he can stop the bad guys no problem after him fighting alongside Iron Man in Germany. He soon realizes he’s in over his head as he gets himself into situations that he’s not used to and has to figure out how to get through it without getting himself killed.

The climax of the film isn’t your by the numbers “if we don’t stop this bad guy, the whole universe as we know it is in danger” trope that the MCU has been throwing out. Instead, it takes a more subtle approach and keeping it small scale and showing Peter’s growth as a character earning the title of “your friendly neighborhood Spider-Man.” Although Iron Man and stuff from the Avengers are mentioned, this film feels like a Spider-Man movie.

“Spider-Man: Homecoming” manages to be an entertaining film in the MCU while managing to stand on its own as a great Spidey film. With a proposed five-film series, after this film it’s safe to say Holland will be Spidey for a good while.