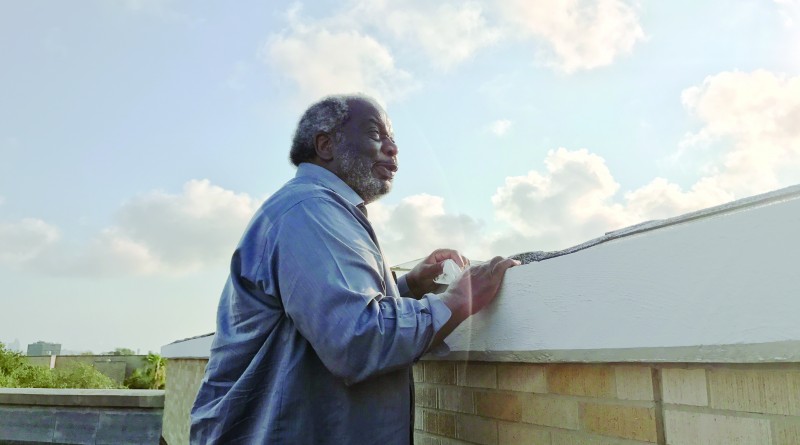 After losing a third of his Flour Bluff home to Hurricane Harvey, Charles Miller, superintendent of physical facilities at Del Mar College, returned to the college to access and repair the damage done by Hurricane Harvey.

“A third of my roof is gone. I just got my power back last night (Aug. 31) and all my fence is down. But somebody always has it worse,” Miller said.

Miller, who was supposed to retire Aug. 31, returned with 11 other employees to help, postponing his trip to Cozumel, Mexico, with his wife after his retirement.

In the face of helping others, Miller even skipped out on his surprise retirement party while surveying the damages done at the different campuses.

The college started recovery nearly immediately after the storm hit, President Mark Escamilla said at the Aug. 31 Board of Regents meeting. About $16,000 has been spent already on tree removal alone, Miller said, for both East and West campuses.

According to Miller, the most damaged building at the East Campus was the White Library. Miller said two fans were underwater. However, the electricals for the elevator were high enough they didn’t submerge in water.

The physical facilities team has been through all campus buildings, and any damages left are in the portable building with leaks. 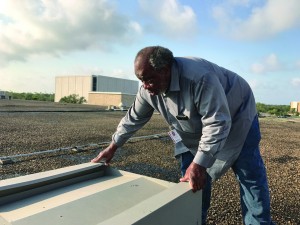 “We didn’t have much water damage because it was a wind event but the water we are finding are leaks in the roofs of buildings,” Miller said.

Now as the physical facilities team has checked for damages, TIMCO Aviation Services Inc. is inspecting further on the harm done by the storm.

Miller has worked at Del Mar College for nearly 23 years and although the hurricane was devastating locally, it was not Miller’s worse natural disaster faced at Del Mar.

“I was at the West Campus when the tornado hit. That was probably the worst because we had one loss of life,” Miller said of the 2002 tornado that killed James Gillis, a math professor in the library.

The longtime employee of Del Mar reflected on retiring from the Navy of 20 years and quitting his three jobs about 23 years ago to join the college as a maintenance worker.

“When I got out of the Navy, I tried to find a job to help others and this is the closest I could get,” Miller said.

Escamilla, who has been president since October 2008, will miss Miller and his dedication to the college.

“We will all miss Mr. Miller’s presence when he retires and is not with us on a daily basis,” Escamilla said. “He has been a great servant leader, and I am proud to call him my friend. Charles Miller is one of a kind!”

Even after the storm hit his home, he has continued to help get Del Mar ready for students to return.

His journey at the college will end on Sept. 15, as he plans to spend more time with his wife of 40 years and his 2-month-old grandson.

“A job where you help people is really rewarding, just to see the students graduate that’s a reward. I’ll miss the teachers, the students. I will miss them a lot, but it’s time to slow down and be with my family,” Miller said. “It was a job I wanted to do, maintenance has been my whole life.”