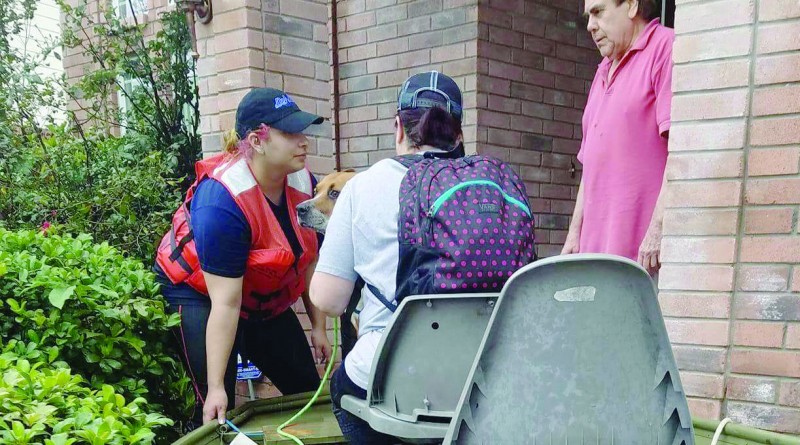 On the Monday night after Harvey had hit the Texas coast, Danielle Garza and her family got a boat and headed toward Houston.

Seeing the devastation in Houston, Garza, the Student Government Association president at Del Mar, decided she could help.

Helping others isn’t a foreign idea for Danielle or her family. Her husband, Ricardo, is a volunteer firefighter in Mathis, where the two reside. Having that connection through the fire department was part of the reason they went and helped.

“We got a heads up on where to go and when we could go at all,” she said.

Over the four days they were in Houston, they were sent to various parts of the city and the surrounding towns, where they helped however they were needed.

“We felt bad because we didn’t have a bigger boat. We wanted to go out to places like Kingwood where it was really bad. We saw the National Guard in the helicopters flying over so we knew that somewhere around us was bad, but we didn’t know where,” Garza said. “We knew we couldn’t go over there because the water was rising so fast and if we had gone over there, we probably wouldn’t have come back.”

Not wanting to have to be rescued, Garza and her family made sure to be as safe as they could.

“There were parts where it would normally take five minutes to get in normal conditions, but because of the storm it would take hours to get from place to place,” Garza said. “We were looking for an amputee that was stuck in a house and it seems easy, but you can’t drive your boat everywhere.” 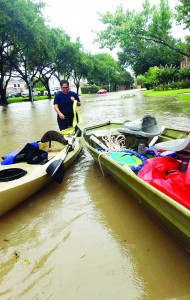 Garza husband, Ricardo, a business administration major, added that their boat “wasn’t built for streets or low level water,” and that in most places the motor could have easily broken or they could have torn a hole in the boat if they tried to drive it.

The pair recounted the new experience, wading through water up to their chests at some points.

The damage caused by Harvey is still being added up, with estimates putting it in the tens of billions. The emotional damage for some, however, exceeds the financial costs.

Fortunately, the Garzas’ Mathis home suffered no major damage during the storm.

Garza said they managed to help around 50 people, and two dogs.